In Guanajuato cuts the National Guard 5; the agent dies 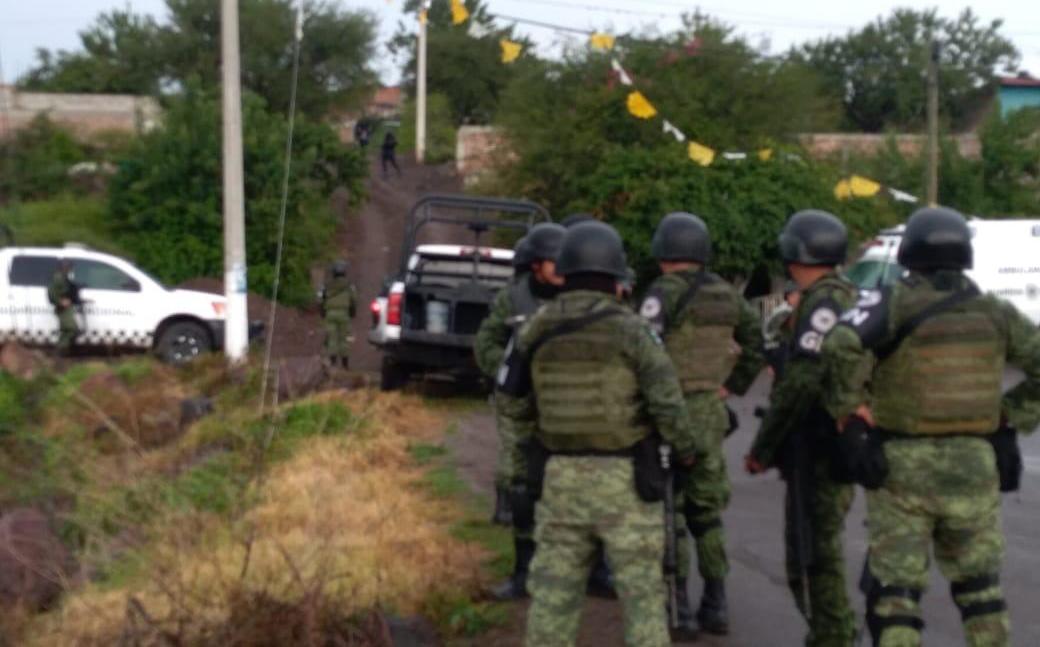 Operative of National Guard jointly with agents of the State Security Forces in Guanajuato He unleashed a confrontation with alleged members of a criminal group that left six dead, including a federal agent.

"The events happened Saturday afternoon, stemming from an operation performed by members of National Guard in agreement with the agents of National security forces (FSPE) in support of the Jeral de Progresso Municipal Police. " Facebook,

He explained that the confrontation took place at the registration of a house located in Adolfo Lopez Mateos Street, designated as the safe house of a criminal group operating in the area.

When surrounded, the suspected sicarios they attacked the uniforms who repelled the aggression.

The authorities received several reports from citizens of the municipalities of Yuri, Jaral del Progreso, Moroleon and The valley of Santiago for the detonations of the gun. The invitation involved state and municipal agents to support members of the federal corporation.

During the shooting, an element of National Guard he was injured and rushed to Jeral del Progreso Hospital, but when he arrived, he no longer had vital signs,

According to the Yuri Municipal Government, seven people have been arrested.

The area is being kept under shelter in an intensive police operation, until the agents of Attorney General make appropriate inquiries.