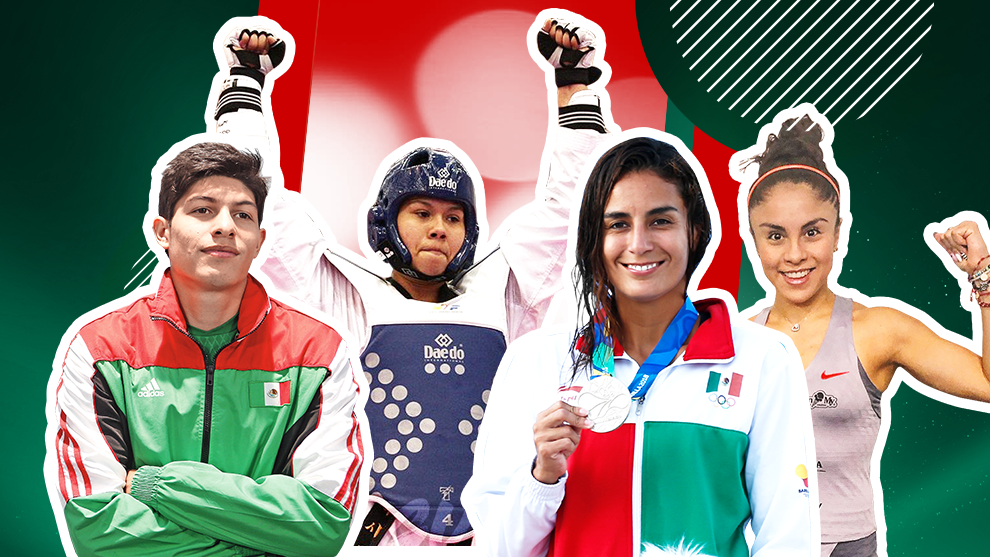 2019 Pan American Games The whole activity of the tricolor delegation

mxico ended the spectacular Saturday with a total of 22 medals, seven of which were gold thanks to Basketball, rowing and basketball, The Mexican delegation returned the third step in the medal ranking The Lima 2019 Pan American Games this Sunday you can round out the historic show at the Continental Fair.

The swimmer Ricardo Vargas Sell ​​your participation in 2019 Lima Pan American Games With the bronze medal in the 1500m freestyle test, he proves that he is marking the end of individual competitions in the swimming pool of the Peruvian capital's water center. More information here.

Mexico's Under-22 National Team defeated Uruguay 1-0 and won the bronze medal in men's soccer in Lima 2019.

Paolo Irizar's lone goal determined the match where the Aztecs defended the result, preventing the Uruguayans from coming into the draw. Here is the story of the match.

Guanajuato cyclist Ignacio Prado He left the veldromo to move the streets and added his second silver medal to 2019 Lima Pan American Games, after hanging a silver medal in a road test developed at the San Miguel runway in the Peruvian capital.

Mexican karateka Alicia Herndes he was installed at the finals of the 50-pound division in Kumi Modal in Lima 2019 to receive a silver medal as part of the first day of combat category activities held at the Villa El Salvador Sports Center in the Peruvian capital.

Another Mexican gold in Pelota Vasca with David Lvares in individual hand! This is the fifth gold medal for the Aztec delegation in the sport. Great!

The semifinals of karate, three Mexicans went on to win the bronze medal after falling into a ticket dispute to the finals. Paula Flores in the category up to 55 kg, Knight Xunashi in the test up to 61Kg and Alan Cuevas for 84Kg.

GOLDEN MS !!! Soda Day for Mexico on this penultimate day of Lima 2019. Arturo Rodrguez The urea medal was suspended in the rubber ball finish after defeating Argentine Facundo Andreasen.

OTHER GOLD FOR MHIKO !!! Paola Longoria, Samantha Salas and Montserrat Meh They climb to the top of the podium in team basketball.

In archery, Andrea Bessera received the silver medal, after being ranked number one in the world by Sarah Lpez from Colombia.

SILVER for Mexico
Andrea Bessera hangs the silver medal in the Complex Bow Finale, with a total of 30 Argentinean presses.
Rugby Field pic.twitter.com/jcJgIJQaVJ

The medals continue to arrive on this day !!! Yarel Salazar hangs the bronze medal in road cycling.

# Pan-American Games2019#CiclismoDeRuta
National rider Yarelli Salazar won the medal at the #Bronce in the route test with a time of 2: 19.50, a race that took place on the track of San Miguel Costa Verde # We make historypic.twitter.com/mDU0yIxdFN

GOLDEN MS !!! Dulce Figueroa and Laura Puentes they defeated the Cuban doubles in the women's double rubber ball and were awarded the gold medal number 33 of Mexico.

# Pan-American Games2019#Frontn
After the gold of Dulce Figueroa and Laura Puentes, the audience sings the notes of Cielito Lindo # Lima2019# Play allpic.twitter.com/bDoUFRN9Xu

In the speed skating 500m, Vernica Elas takes the bronze medal and another fall for the three-color cause.

GOLD for Mexico#Frontn
Gold 32 goes to Josu Lepes and Luis Molina in doubles after beating the United States 2-0
Mexico recovers 3rd place in the medal at # Lima2019# Play allpic.twitter.com/EhdMweBZwU

Ak may drop another gold for Mexico! Start the finals of the women's basketball team. The tricolor team is headed by Paola Longoria.

ATENCIOOOON !!! To Josu Lpes and Luis Molina They are looking for another gold for Mexico in men's double fronts.

Mexico continues to add rowing medals. Now two silver ones fell in terms of A pair of short paddles and four lightweight paddles for men.

THE FIRST GOLDEN MEDAL OF YES !!! Kenya salad wins the gold medal number 30 in a pair of lightweight paddles.

We leave you here the agenda of the 15th with all the activity of the Mexicans. Road biking, fencing, bass balls and archery begin early.

Start the penultimate day of Pan American Games Lima 2019 and on this day 14 activities, Mexican athletes they will have a day full of action in which They will strive to add the latest medals to this historic engagement. Welcome to this minute by minute in which We will bring to TOOOOODO what is happening with the tricolor delegation. Today, Mexico seeks to add more medals to disciplines such as archery, basketball and basketball.

Mexico fell to the fourth medal position with 29 gold, 26 silver and 54 bronze, giving a total of 109 medals. Brazil has already come in second place with 46 gold, 37 silver and 59 bronze while Canad went to third place addition of 31 gold, 54 silver and 46 bronze; with what is in step four. The United States has reached a total of 240 medals and remains the absolute winner of the medal with 93 gold, 76 silver and 71 bronze.

Join us all day long At this minute by minute, we will keep you informed of all that is happening to Mexican athletes on day 15 of the Pan American Games and remember that the best information on sports is here at BRAND Sure.