The Army provides vehicles, drugs and more than two thousand cartridges in Sonora 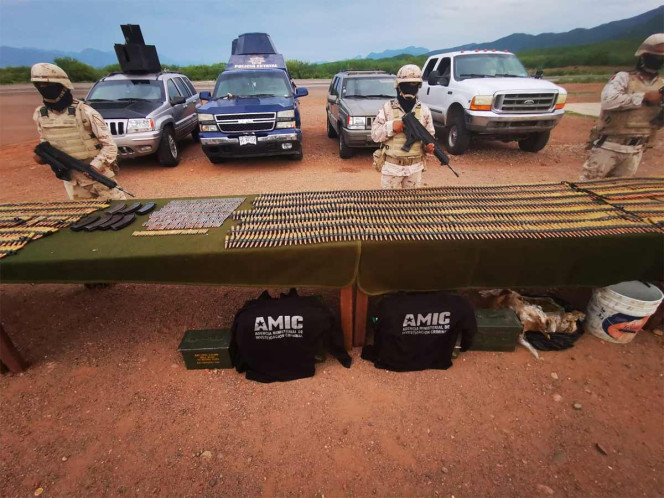 The National Defense Secretariat informs that elements of the Army have been provided under the National Peace and Security Plan 2018-2024 on July 31, 2019 armored vehicles, drugs and cartridges in Sahuaripa Municipality, Sonora.

A statement said that when conducting ground surveys, servicemen found four vehicles abandoned, hidden in the brush, three of them with artillery armor.

It should be noted that one of the insured armored vehicles has labeled and apocryphal colors of the State Police.

Drugs, cartridges and insured vehicles were provided to the appropriate authorities.

The Ministry of National Defense reaffirms its commitment to safeguarding and protecting the well-being of citizens by contributing to projects implemented by the Mexican government to ensure the peace and security of Mexicans.