They stopped the driver of an accident trailer in Mexico-Toluca 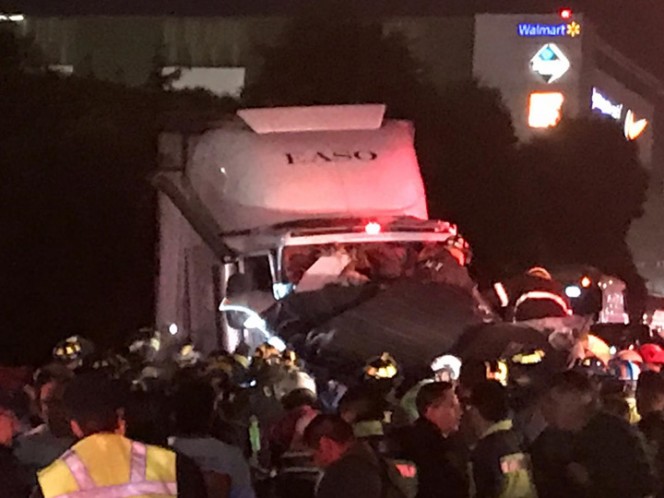 The investigation began for the crime of killing a vehicle. Photo: José Antonio García

Mexico City Attorney General's Office conduct related investigations on the Mexico-Toluca highway, near Puerta Santa Fe, colony of Carlos A. Madrazo, the hall of the city of arolvaro Obregón, where a trailer crashed into several vehicles tonight and left, in an initial way, seven people died.

The woman driving the trailer was arrested. Agent transferred to the Attorney General's facility (PGJ) from Mexico City. As well, it was reported because of danger.

The agent of the Public Ministry demarcated the investigation by murder crime by vehicle traffic and provide intervention to the Public Service Expert Coordination personnel, to carry out the necessary perseverance and determine the cause of the accident.

#ReportVial @jagarciae It has all the details about the accident on the Mexico-Toluca motorway.