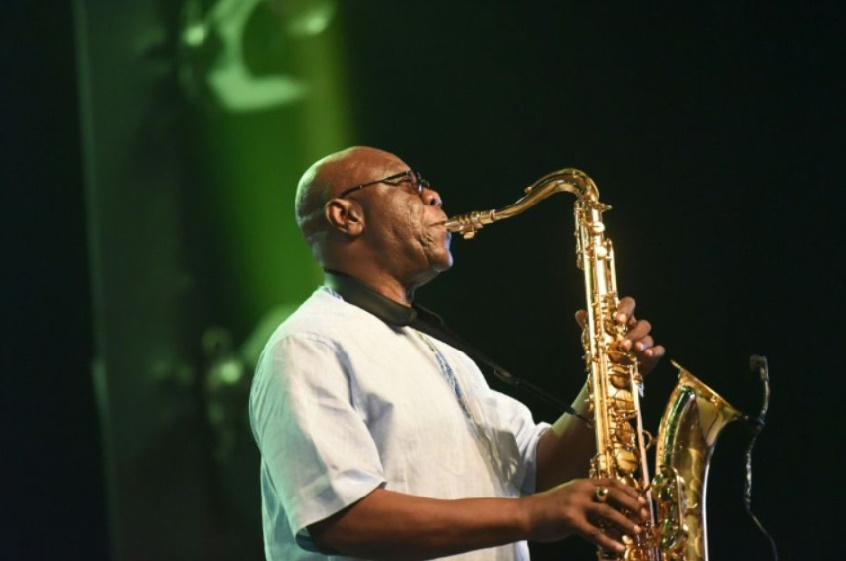 "We're bridge builders between the West and Africa. It's a chance. African music legend, Afro-jazz ambassador, Manu Dibango is looking back at a 60-year remarkable career with so many music projects to mix.
At 85, Manu has not changed. Billed with energy, a multi-colored shirt and contagious laughter, the Cameroon-born Afro-European remains luxurious for his success: “Everyone has their own karma, it is a set, a complement to many good and bad things. you must face failure as well as success.
"In the morning I tell myself: + I'm still alive + and + What am I going to do? + My problem is: + What is my program? + Not: + Ah, yesterday was great, nostalgia …", he told AFP before a concert at the Jazz In Marciac Festival in southwestern France, which he is a regular.
Therefore, there is no nostalgia, even when you are the author of one of the largest planetary tubes of African music, with Soul Makossa (1972). A marvelous fate for this country B on the single whose flagship title was the anthem for Cameroon's football team on the occasion of the Nations Cup of Africa (CAN) in Yaounde.
Noticed by New York DJs before being plagiarized by Michael Jackson for the thriller album title: "Not much was done in the rules," but a financial deal was found. And "she revived the song, it became the standard," adopted today by "many people, Rihanna and most recently Beyonce."
Papa Manu could never recover from such global success. On the contrary, he has embraced his great silhouette over the centuries, drawing from a variety of sources, from reggae to rap through electronic music, imposing his inimitable style between the traditional rhythms of Central Africa and jazz notes of a more contemporary style.
Born into a Protestant family in Cameroon, this precursor to world music has included many different influences since childhood: "My uncle's father played harmony, my mother led people, I am a child raised in Hallelujah." That doesn't stop me from being African, Cameroonian and all that. "
"I have the harmony of Bach and Handel in my ear with the Cameroonian words. It is a fortune to be able to have at least two options. In life, I prefer to be stereo mono," he says.
Sent by his father to a family in Sarthe (Western France) at the age of 15, Manu Dibango lives more in Europe than in Africa. There is no way he can be locked in a box.
"I'm just a person who is a musician, not a European musician or African. I'm an African musician."
"Music, don't put it in jail. Many people listen to music with flashing lights," adds the brilliant saxophonist.
"Because, of course, people fantasize about you. You're an African musician, so you play djembe, balafon, kora. If you play sax, oh, it's more Black American, you're not so African anymore in the mind of some ".
"And if you play the piano too, then you're badly banned, and yet there are pianos in all hotels in Africa. There are guitars in all the orchestras."
"These are the fantasies that people put on you. Maybe part of your life is chasing them. It's very difficult even for me."
And after six decades of music, what still makes Manu Dibango dream?
"When you no longer dream, you are gone." This summer he plays with philharmonic and symphony orchestras, which is another way of speaking: the language is not the same when you are 70 (musicians). The shows and the thrills you can have is nothing to do as if you're traveling first. "