InSight, NASA's Marslander, first discovered an earthquake on the red planet on April 6th. French Space Agency CNES announced on Tuesday. However, monitoring is too small to allow further investigation.

The earthquake was opened on the 128th day of the seismograph mission on the InSight board. The meter is operated by CNES. For the first time, all earthquakes were measured on Mars.

Although the researchers assume that the earthquake is coming from the interior of Mars, it still needs to be confirmed. There is also a chance that this is, for example, wind.

However, CNES reports that vibrations are similar to tremors found earlier on the moon during Apollo missions. If this is actually an underground earthquake, then for the first time InSight saw this on Mars. 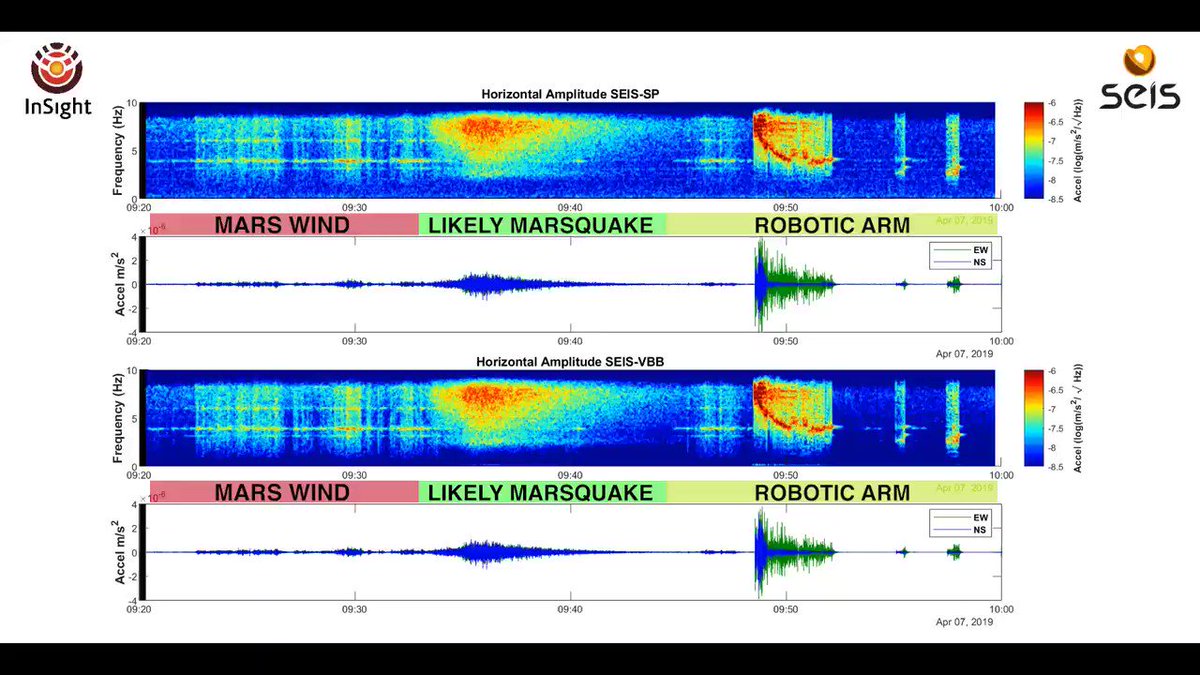 The seismograph is protected by wind and temperature shield

The mission of InSight successfully landed on Mars on November 26, 2018. Marslander has a variety of on-board measuring instruments to perform soil studies.

In addition to the seismograph, which is under the wind and temperature shield, Marslander also has solar panels on board and a camera that can make panoramic images.

In addition, Marslander also has a heat probe that measures how the heat is emitted from the core of the planet by drilling the ground.