Rugby: Black Frog The seven claim gold in Sydney; All black seven look to follow him 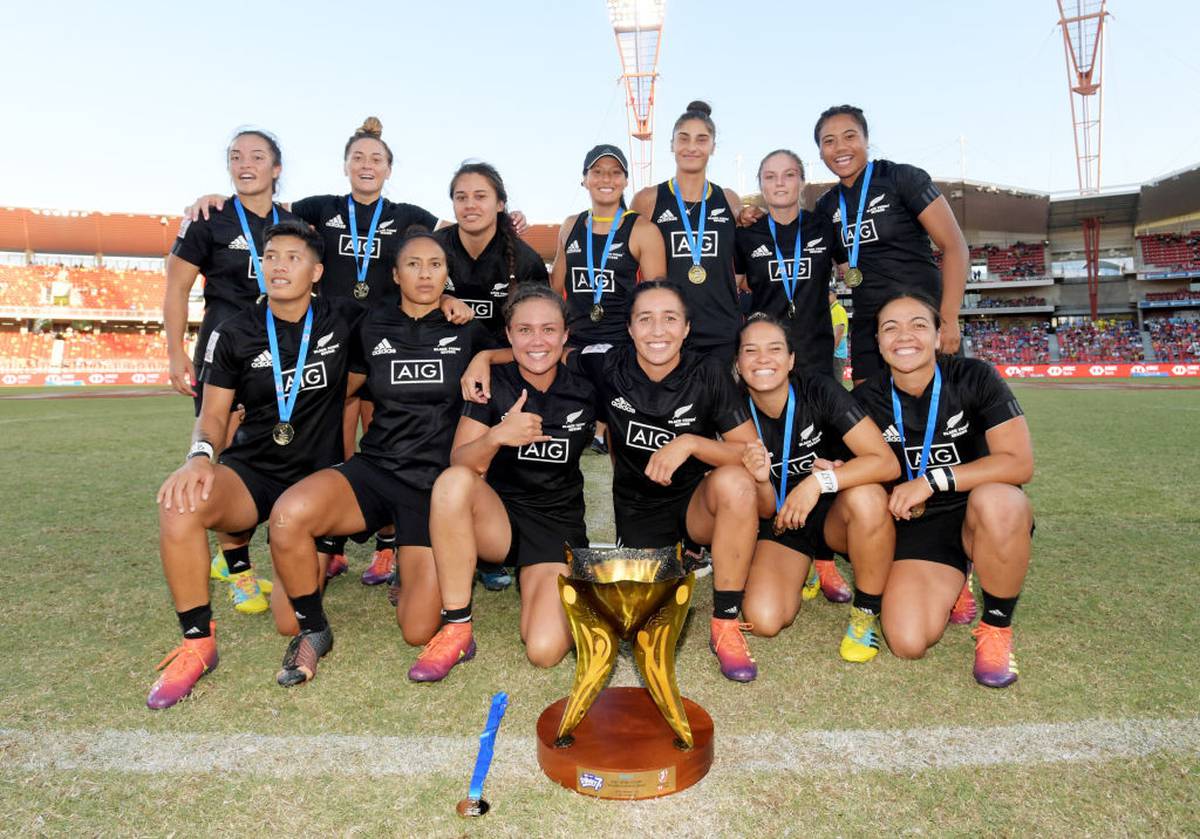 The seven black pigs were for revenge. So were the Seven Black Blacks. Both received what they were looking for.

Sydney Sevens became New Zealand's purity as both the male and the female side accepted the dominating victories in their finals tonight.

The black assholes continued their absolute dominance in the Women's World Series, claiming gold with a 34-10 victory over Australia. The result was their 48th consecutive win, and the team did not lose after last year's Australian outfit ended in Sydney 31-0.

Meanwhile, all the black sevens rebounded from the semi-final defeat of the United States in Hamilton last week to defeat the same opponent in the Sydney final, 21-5.

New Zealand is now at the top of the Nordic ranking in both form, with women 12 points ahead of the US while men are tied to points with the same enemy but lead to the tiebreak.

"To defeat Australia at home clings it to the head," said Captain of the Seven Black Pope Sara Hirini.

"We are a very competitive country, we do not like to lose, and every time we put this black shirt, you want to go ahead and do not want to play your country and your family.

Stacy Vaiaka put the first points on the board at the start of the women's final, but when the Australian Emma Sykes passed, it seemed that the New Zealand side would fight in the hands.

However, he tried in a quick succession with Shakira Baker and Michaela Blade gave Ferns a comfortable 12-lead half-time lead.

Blade picked up his second night at the start of the second half to extend the lead, but the Australians returned again through Sykes to keep up with hope.

But with two minutes remaining, Waaka crossed the match again to keep the Australians out, and Blyde withdrew the third part of the game to close the impressive victory.

Ferns took the win without the strongest possible side of the pitch after Nathan-Wong's first-choice run was forced to miss the final day in Sydney after suffering an ankle injury on Saturday. Yesterday, Nathan-Wong was on crutches and looked from the side that her country was taking the gold medal.

Likewise, in the men's final he missed the attempts of Regan Ware and Sam Dixon to give New Zealand 14-0.

Ware finished with a slippery move until a mistake in the US led to a counterattack that Dickson finished comfortably to create a comfortable vacation buffer.

Tone Ng Shiu put the match out of reach shortly after half time, and while the United States got one, it was only comfort, as the All Blacks Sevens took their second season title.