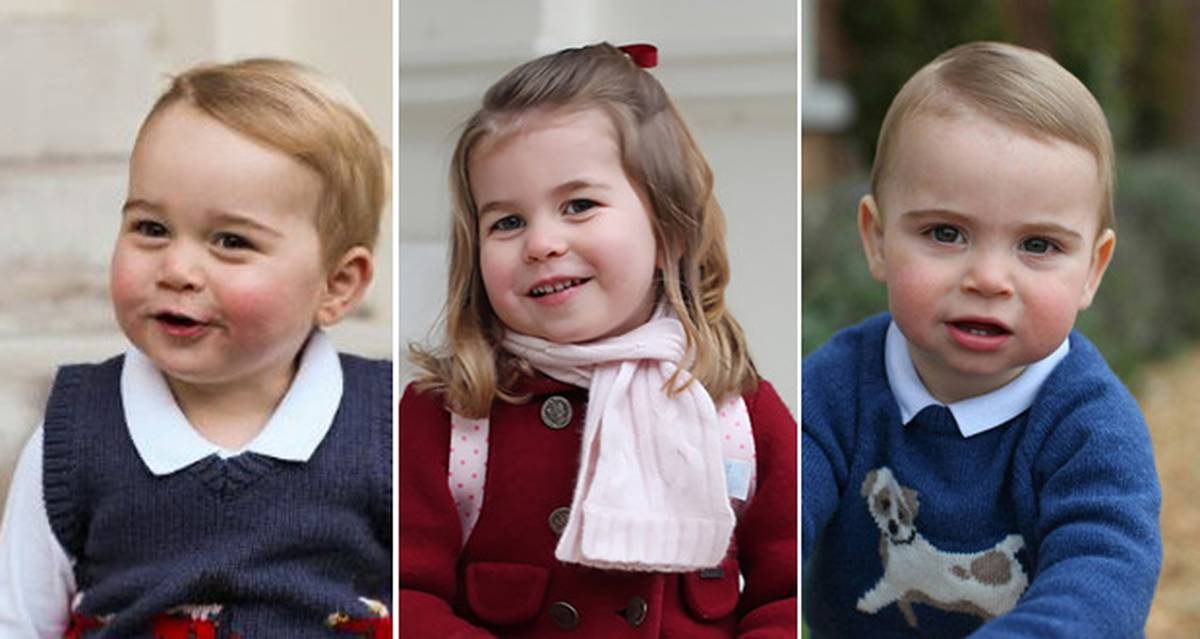 Every time there is a special occasion in Cambridge's family calendar, royal fans are now accustomed to being treated with a delightful photo of the children – usually taken from their mother.

Yesterday, to mark the first birthday of his youngest son, Kate Middleton shared three stunning portraits of Prince Louis, taken in the garden at their home in Norfolk.

Duchess Cambridge, who previously described herself as an "enthusiastic amateur photographer", has demonstrated significant skills behind the camera over the years – rumored to take over the KensingtonRoyal Instagram website, Daily Mail reports.

So, what's her secret? What clever techniques are used to make these simple pictures of their kids so fascinating?

London's award-winning photographer Bronwen Sharpe relies on Kate's natural ability to shoot "authentic unregistered moments" – and the fact that she chooses her own children.

She told FEMAIL: "No other photographer could have captured the same relationship he had with his children. Her work is full of warmth and love.

"She has a natural ability to capture mankind with a great eye for composition and color."

The use of color is also praised by the paparazzi photographer Jaimie Harris.

"She always puts them in bright clothing that makes a picture pop," she explained.

– I think she has definitely improved after her first photos of George and Charlotte, now experimenting with a different light by going into the garden.

Practical parent Kate became the first member of the royal family to take the first official photos of a royal baby in 2015 when she released the pictures of the newborn Charlotte into the hands of her big brother, Prince George.

Since then, she has made several official photos of George, Five, Charlotte, Three, and Louis, one to mark important family events. Royal fans are often awaiting with anxiety about the pictures that usually capture their objects that look natural and relaxed.

Bronwen said that the real strength of her recent work is in the way she "captures the joy and real moments in the expressions of her subjects."

"Kate has an enormous ability to shoot and shoot unstable moments, she has an intuitive eye for color, composition and light, often putting her subjects into soft lighting," she explained.

"She composes her paintings with clarity and balance, with no distracting elements in the background – apparently in the latest photos of Louis and Charlotte for her second birthday.

"Kate has a great ability to create beautiful focal backgrounds using limited depth of field, she has mastered the use of natural light, so I would like to see her try to introduce studio lighting combined with natural light."

Jamie recounted how Kate always guarantees her children's faces are the main focus of her paintings and sometimes sacrifices good framing.

"In a few shots of George and Charlotte she cut off their hands or has only one of their hands," she said.

"I think she just makes sure people are in focus. If she has taken more full-length pictures, she can then get out to make sure that her framing is more accurate without tearing away parts of the body.

Duchess's passion for photography is dated before he becomes a member of the firm.

Her official profile on the British Monarchy website includes a list of hobbies that feature "photography and painting," and explains: "The duchess's enthusiasm for photography has seen she take pictures as part of her role while working on Party Pieces , a family owned and managed by her parents. "

Kate has demonstrated artistic radiance since her teens after studying art history at the University of St Andrews where she met Prince William. She issues her diploma work for the era of photography – in particular, pictures of children.

As a patron of the National Portrait Gallery in London last year, Kate opens his Victorian giant "Birth of Art Photography" exhibition and puts the preface in his catalog, where he discusses his passion for the media.

The show explores the "birth of art photography in England," and much of its work is devoted to pictures of children.

"Kids have a special place in Victorian imagination and have been celebrated for their seemingly limitless potential," Kate writes in her forehead.

"This idea is still true for us today and it supports much of my official work and charities I chose to support, and in fact my role as a young mother."

Speaking of her own passion for photography, she continued: "As a student at St. Andrews University I chose him as the subject of my diploma work and pictures of the children who are particularly important in the exhibition. real interest in me. "

Her mastery behind the camera was officially celebrated in 2017 when she was nominated as an honorary member of the Royal Photographic Society, and Chief Executive Officer Dr. Michael Pritchard FRPS congratulated her "talent" and "long-standing interest in photography and her story."

Kate's most recent photos of Prince Luis were shot in Anemore, a Georgian village house in the village of Anmer in Norfolk, where Cambridge is located when not in Kensington Palace.