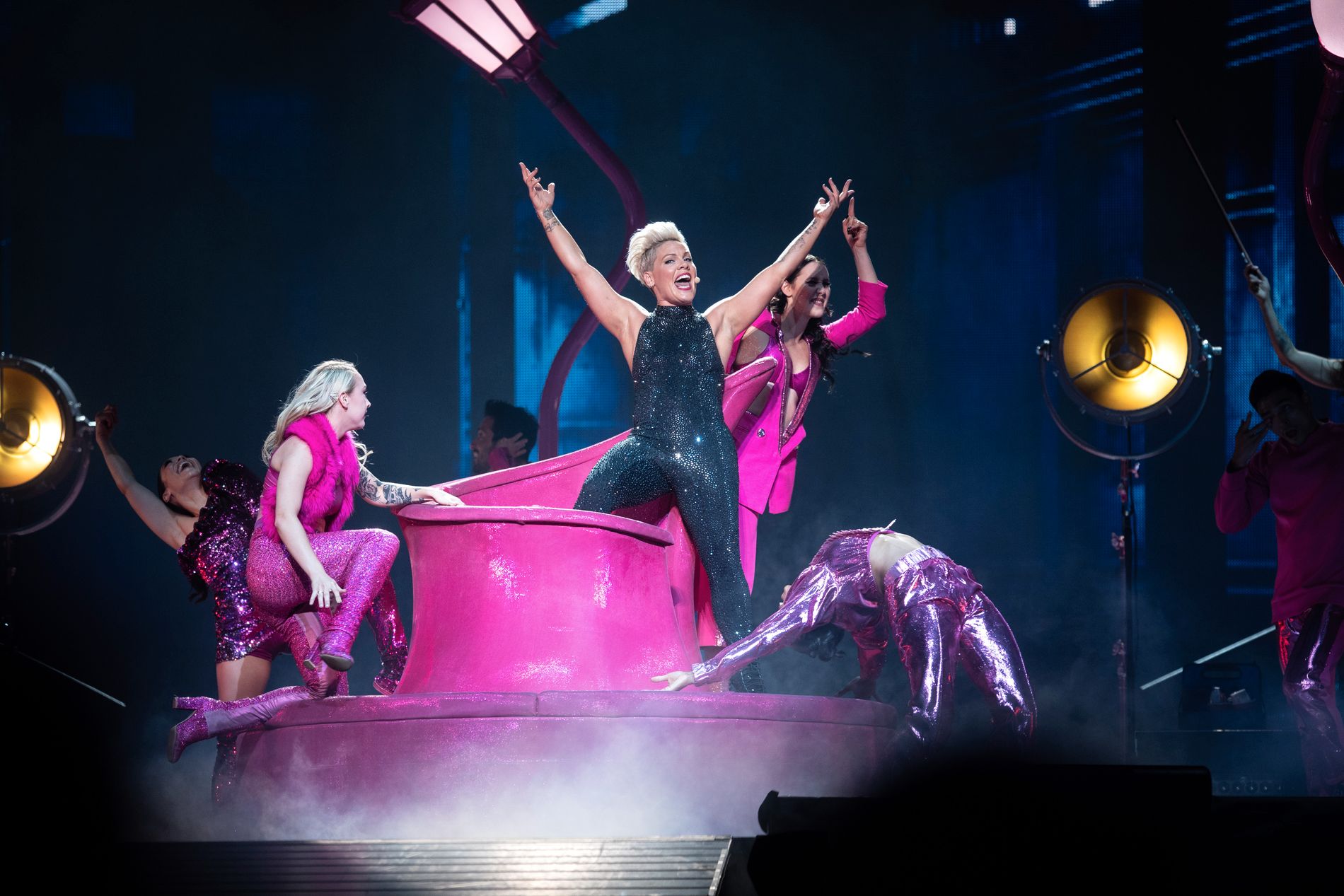 Although it's been a while since its premiere, Alessia Beth Pink Pink is still a commercial force to be reckoned with – illustrated by the sold out (and unusually tasty) concert at the Telenor Arena.

The breakthrough, which took place just over 20 years ago, covered the intersection of pop sensitivity, accuracy and R&B aesthetics. In 2019, pop and featherweight rock remain at the heart of the phrase – the closest she gets to punk today is the moving star in the artist's name.

Not that it seems to bother roughly 25,000 turnout in Fornebu, which demographically ranges from glass eyes and unstable boys of undefined age to 30-60 year olds who strongly argue that Moore is the very embodiment of the term "crude" lady! " There is a clear statistical overweight of the latter, not least in the proportion of women in men's restrooms.

After the non-magnetic DJ has done his part, the party begins with, "Get The Party Started" – something else will not be heard.

The 39-year-old from Pennsylvania enters the stage with a giant chandelier. Body mastery impresses more than vocal acrobatics, but the resulting Beautiful Trauma (which is the name of the tour) gives the vocalist Pink a chance to shine. And "Just Like a Pill" provides early goosebumps.

By far, all the material for Pink's song is equally engaging. For example, "Who Knew" sounds like a pale copy of the aforementioned "Just Like a Pill," while the soulful-pastoral Hustle feels rather suffocated and chained after a sparkly, band-centric combo of Funhouse and Just a Girl on No Doubt ".

A lot of shit

There are no additional musical elements in the evening – the twists, the dances, the animation and the theater help to frame the events. Sometimes obscure symbolism works alienating, like the mighty Try It. Ribbed "Just give me a reason" makes a far bigger impression.

The River cover song is surprisingly difficult, but somewhat reduced by video art, which looks like a parody of an intro on an HBO series. And guess if "Just Like Fire" comes with generous amounts of feather or not? Or does "What for us" start with a "strong" and "personal" video greeting?

The cool ballad has been saved so far with Cindy Lauper's naked Blue after Time recording, where the arena bathes in lighter digital fires. "I'm Here" resonates beautifully between folk pop and gospel and is rewarded with public ecstasy.

Gloomy moments in the format of the "Raise Your Glass" party (minus the few minutes given to introduce the dancers) and "Can we pretend".

pink e undoubtedly quite harsh – and a gentle, thoughtful protagonist. However, she is in imminent danger of being lost in persecution, juggling and dill.