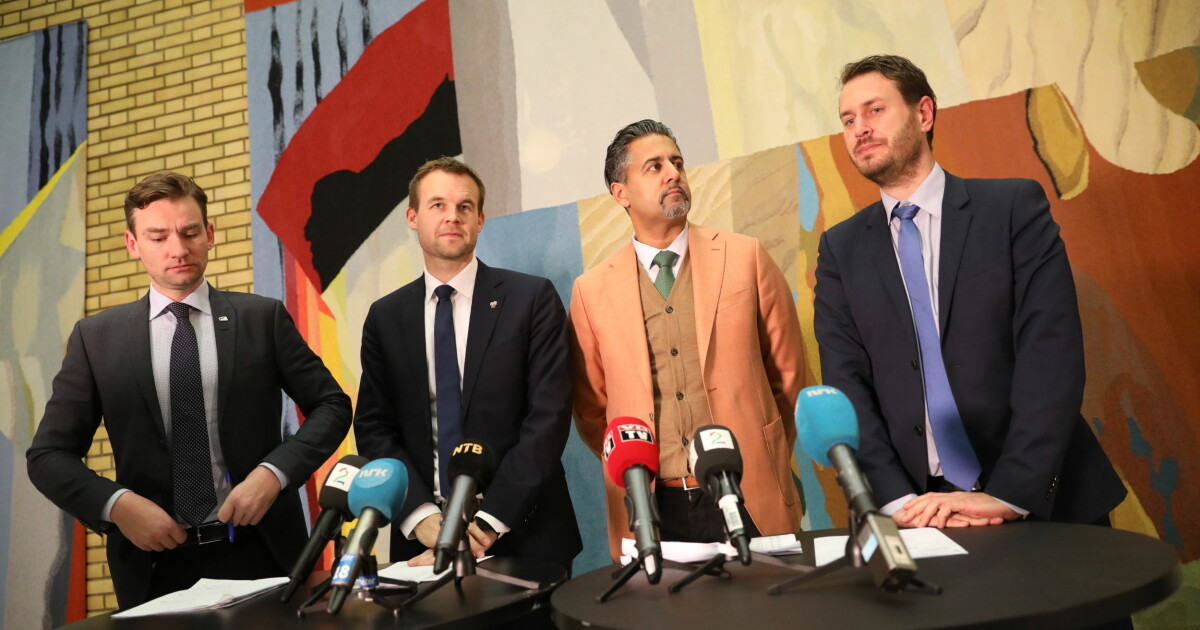 The budget agreement was finally approved by all parliamentary parliament groups on Tuesday night. Both during overtime, changes are presented to Storting.

There is tremendous excitement about what changes KrF will produce, and many have been published in the media. NRK revealed, among other things, that KrF had been offered to move 4.3 billion in negotiations.

Here are some of the changes that have been approved:

Cut VAT for e-commerce: The NOK 350 VAT free limit for e-commerce will be removed, but only from January 1, 2020. According to the KrF budget itself, the removal of the border can provide more income for the country NOK 750 million. In addition to the 25 percent VAT for goods that cost less than 350 kroners, the recipient must pay fees for customs. In low value goods, this can amount to more than the actual price of the product.

"Those who work in the trade industry will get better requirements and hopefully will provide greater value creation for Norwegian jobs," Kjell Ingolf Ropstad (KrF) said during a press conference. .

Child support increases with around 1000 kroner per year, regardless of income. This will take place from March 1. This will not be an increase of NOK 3,200, as desired by KrF. At the same time, KrF has received through increasing the first child allowance for decades.

Increase taxes: According to NRK, an increase in child support must be financed by a tax increase for all people earning more than NOK 950,000. The highest earners will receive up to 900 kroner in tax increases.

Some nursery teachers and staff: This will also be a strong push for the municipality, said Ropstad. The city government will receive grants to employ more in kindergarten and the following fall there will be around two thousand more teachers than when the professor's initiative began. About half a billion kroners will enter teacher norms, kindergartens and school health services.

KrF also receives a mentoring scheme for new teachers, which means that experienced teachers can spend time helping graduates in their first year as teachers.

Broadband Subsidy: The allocation for broadband grants in the municipality increased by NOK 100 million.

One-time income increases: That we will be an increase in one-time payments, which is a parent benefit because they only work a little.

Elderly representatives will also be formed, based on the children's ombudsman model, which will help ensure better senior space.

"That means a lot because there are many single retirees who live below the poverty line," said Ropstad.

Stop marking: The fact that it announced changes in regional shipping regulations for foreign ferries was not implemented, meaning that the Color Strip ferry company could not signify NIS, the Norwegian International Ship Register. In contrast, shipping companies must continue registering Norwegian regular ships (NOR). This is a victory for Krf and Frp, which means the shipping company will not be able to exchange around 700 Norwegian employees with cheaper foreign employees. However, the right fear that the decision increases the risk of more work being lost.

The Prime Minister himself has defended the proposal at Storting:

"We have taken the company's own words for granted. Namely we are in danger of losing a large Norwegian company with more work in Norway if we do not allow to change registrations in ferry traffic. And we don't gamble with 2,400 jobs (on land) , Solberg said in October.

Shrinking quota: KrF chose to choose AP proposals to change tax-exempt rules. The rule that tobacco quotas can be exchanged for more wine will be lost from 2020.

The deduction in the tax rates quoted by KrF has been provoked in Frp. The same thing has a budget for removing online shopping without VAT. The Frp group meeting takes place overtime when a press conference will begin at 21:00.

"That was general anger," Carl I. Hagen told Dagbladet after the group meeting ended. He aimed at the taxis.