Police fired shots during a car chase. – Feel the risk to life 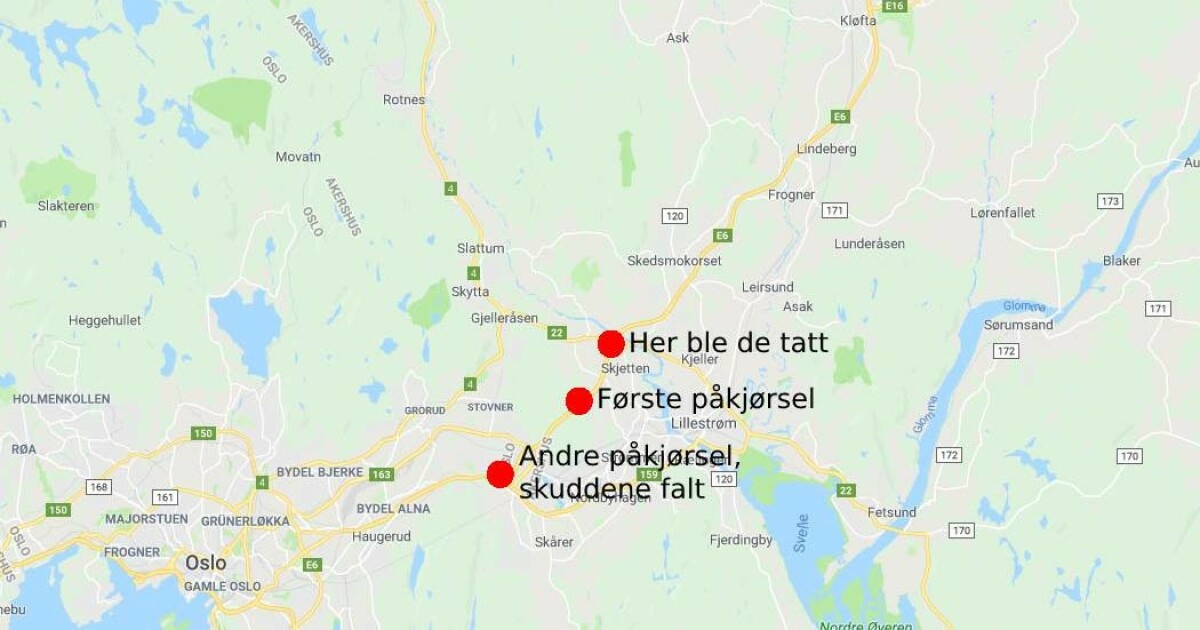 During a dramatic car chase across four municipalities and two police districts, police fired two warning shots at suspected criminals. The police car, in turn, was erected after being repeatedly dragged into the suspect's van.

"They felt as if they were in danger of death," Terje Marstad, operations manager for the Eastern Police District, told Dagbladet.

The two suspects, a man and a woman in her 20s from Romerica, were arrested a few kilometers later. They sit in the police room tonight and are questioned. At the same time, the case is being investigated internally by police as shots were fired.

The two officers are not in operation, as the course of events for the police seems rather indisputable.

– They had good reasons; They risked getting a heavy van in their lap, Marstad says.

The pursuit of the car began on the E6 route between Jessheim and Kløfta in Ullensaker. Police wanted to stop them because they suspected they intended to commit fraud and / or theft at a tool shop in Jesheim.

“When two people we know see each other in a van registered in Sweden, we become curious,” explains Marstad.

Police patrol tried to stop the van, but the Volkswagen Crafter – one did not stop – fled southbound on the E6 instead.

A few kilometers away, at a stop in Jupdal on the county border between Akershus and Oslo, the van suddenly stopped.

The police car stopped in the back. Suddenly, the van comes back in front, causing extensive damage as a result, says the operations manager.

After the powerful clash, Crafter continued to Oslo. The police car, which was still being driven, resumed the pursuit.

Stonner stopped again, and the police car stopped behind again. In connection with one of the employees approaching the van, he was again heavily sunk, and it was in this connection that the warning shots were fired, Marstad says.

He said two shots were fired but could not specify whether one or two of the employees fired. Even now the van escapes again. The police car was now so damaged that the patrol eventually lost sight of it.

A little later, however, Crafter was found again, this time a few miles north, at Hvamkrysset in Skedsmo. At some distance, the suspects were arrested.

“We found both, and with the help of dogs, made sure we had the right people. The arrest is non-dramatic, says the head of operations.

This is the second time in two days that police have fired shots at a service. Yesterday a Jaron man in Hadeland died after being shot while threatening employees with a power cutter.

The police district in question is obliged to notify the Special Investigation Agency on suspicion that police officers have committed a crime; Typical cases include serious injury or death as a result of persecution or shooting.

While the Special Department is investigating Jaren's firing, this is not the case for today's episode. The main reason is that no one was injured or died as a result of the shots.

"The Eastern Police District has informed us of the incident, but we will not investigate it unless the police chief provides an overview," Marit Storeng, acting chief of the Special Investigation Unit in Eastern Norway, told Dagbladet.