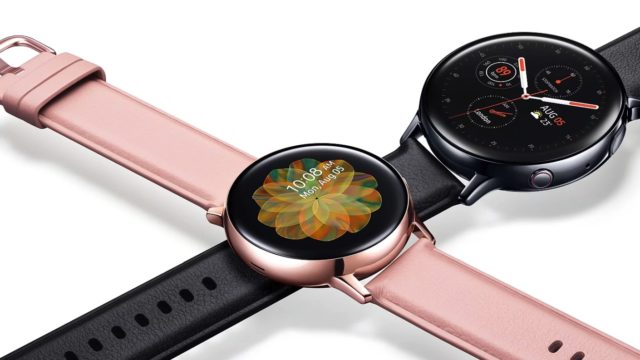 In February, Samsung released the smartwatch Galaxy Watch Active, along with the Galaxy S10 series.

Read also: Samsung Galaxy Watch Active is easier to use after a fresh update

Get an ECG – but consumers have to wait

The watch has several new features as well as some design adjustments. For example, it has the ECG function we know from the Apple Watch. With it the clock will be able to detect irregularities in the cardiac activity.

The feature has not yet been approved by US health authorities, so it may take some time for users to actually take advantage of it.

In addition, the watch receives an improved accelerometer as well as improved heart rate measurement.

Samsung also added Google Translate functionality to watch Active 2. This is new for Samsung watches, but this feature has long been available in Google's Wear OS watches.

Remember the spinning wreath from older Galaxy watches? Well, Samsung has returned this now, though in a slightly different way.

Now there is no wreath that physically rotates – instead it works with haptic touches.

As mentioned, there are several design changes. For example, Watch Active 2 is a little bigger and thicker than Watch Active. But now it comes in two sizes: 40mm ($ 280) and 44mm ($ 300). You can get it in black, silver, gold and lily gold (the latter replaces the model of the previous generation green).

You can also choose an aluminum frame with rubber straps or stainless steel with leather straps.

The clock may match your outfit

Samsung also includes a new feature that lets you compare the watch face with your clothes. The feature is called "my style»- allows you to take a picture of your clothes and then let the software generate unique dials based on the colors of the clothes.

The watch still works with Tizen OS, so you almost know what to expect. But one thing Samsung has fixed: you no longer need to sign in to your watch apps if you're already logged in with your phone.

The watch goes on sale on September 27, which is about the same time as the next Apple Watch model was introduced.