Huaico affected 90 families in Huánuco and new landslides were feared 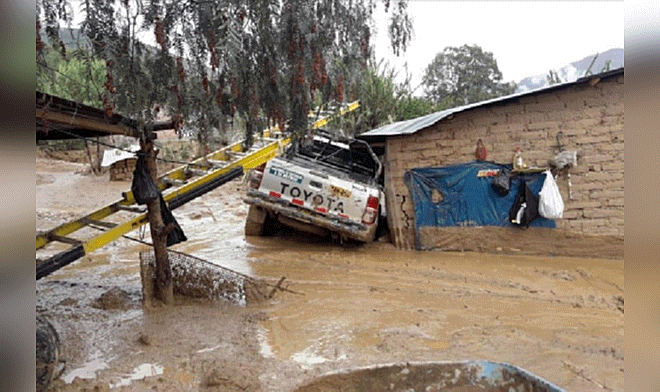 Mamayacu creek, in the Pillco Marca district, in Huánuco, was activated in the early hours of yesterday, producing strong huaico products from heavy rain.

This incident caused ninety of the affected families, as well as four collapsed houses and five in the damaged state, reported the National Emergency Operations Center (COEN). At present there is no reported damage to people's lives and health; However, police personnel from the Cayhuayna Police Station were in the affected area and provided support to the residents.

For its part, Indeci de Huánuco, in its initial report on this emergency, indicated that they carried out damage assessments and needs analysis and coordinated with the district government for support with heavy equipment consisting of motor pumps and front loaders for removal of mud and rocks.

The heavy rainy season and huaicos have begun in the country, especially in the central, southern mountains and forests. Precisely, relating to Huánuco, the National Center for Estimating, Preventing and Reducing Disaster Risk (Cenepred), based on information from Senamhi, has estimated that a total of twenty-two districts in the region are at risk because of the probability of new huaicos. ❧