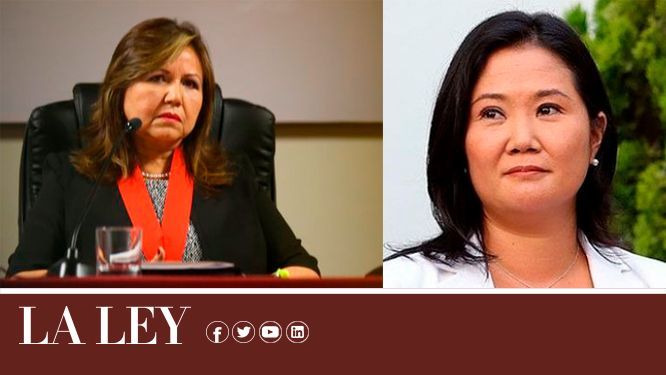 A few days ago the chairman of the Permanent Criminal Court of the Supreme Court informed that the necessary votes had not been reached in that court, so that the appeal lodged by Keiko Fujimori and others against his preventive detention was resolved, it was announced today that the said The panel called on Judge Susana Castaneda Otsu to decide the dissenting vote, as less senior supreme judge of the Supreme Transitional Criminal Court.

According to Judge Hugo Principe, President of the Permanent Criminal Division of the Supreme Court, Judges Ivan Secayros and Iris Pacheco voted to declare the appeal unfounded, while Zavina Chavez, Jorge Castaneda and the same Prince Prince accepted the motion and voted in favor of reductions. Fujimori and the other defendants from 36 to 18 months.

In case Judge Susanna Castaneda's vote does not allow resolving the discord, the Permanent Criminal Court of the Supreme Court will summon a second determining judge, and so on, until it reaches the four minimum votes that resolve the appeal filed by Keiko Fujimori's defense.

In the resolution, the appeal hearing was scheduled for a hearing on Wednesday, 28 August at 11:00.