Moisés Mamani: The Ethics Commission will investigate him for inappropriate touches | Policy 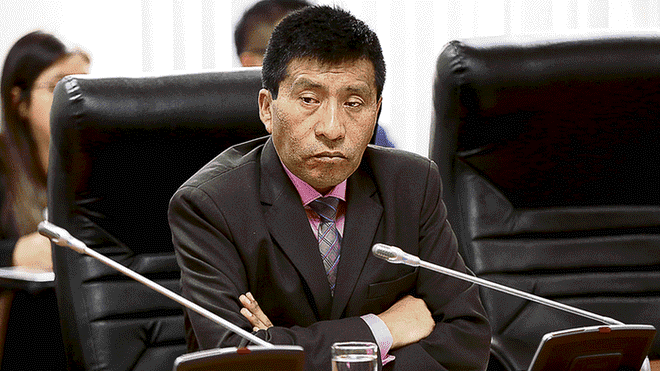 In a unanimous manner, the Parliamentary Ethics Commission agreed last night to investigate Congressman Fujimoris Moisés Mamani because it was alleged that there was an inappropriate touch from a company flight attendant. Latam Peru.

The decision was adopted after all members of the parliamentary group, including fujimoristas, agreed that complaints against Mamani – which they had previously heard – were "very serious" and had to be dealt with immediately so they were clarified.

For this reason, we first chose to receive an initial and immediate investigation into a complaint investigation. In both cases no voice was opposed.

As explained by the Ethics Commission president, Yanet Sánchez, given the seriousness of the complaint and given the fact that there is evidence of proof and a clear violation of the Code of Ethics, voting is immediately carried out to open the investigation.

"Facts have been proven and the principles of the Parliamentary Code of Ethics have been violated, such as honesty, responsibility, integrity and truth, which is why the investigation was opened," Sánchez said.

As you know, legislators have been criticized before prosecution by airline workers who accused him of improper touching during flights from Juliaca to Lima, last Wednesday afternoon. The company announced the facts the next day and explained that the excess made by the legislator was the reason for him to get off the plane.

However, the legislator denied the allegations and stated that he suffered from decompensation due to his diabetes and for that reason he was astonished. As evidence he presented the report of the doctor who approached him on the topic of the Juliaca airport, Eddy Quispe.

Last night, Mamani confirmed his version and insisted that he was a victim of political persecution, because, according to him, doctor Quispe told his counselor that he was being "pressured" by Latam to say that drunken legislators that day occurred. that incident

However, Mamani did not know what to answer when asked why unidentified and foreign nationals wanted to hurt him.

None of Fujimoristas asked him a question.

Congressman Alberto Quintanilla He raised the inquiry as soon as possible and explained that the decision was taken by Ethics Commission it does not hinder or replace actions from other examples such as the Office of the Public Prosecutor, who also investigated them.

Next Wednesday he gave his testimony when investigated

Moisés Mamani had to go to the Ethics Commission the following Wednesday 28 to give his testimony as investigated, report the parliamentary group.

On that day, several witnesses will also be present. This will try to accelerate the investigation as agreed by the legislators, said one commission adviser.

During the session yesterday, it was also agreed to reject complaints against Alejandra Aramayo, Héctor Becerril and Leyla Chihuán for the "La Botica" telegram, which showed Fujimori's intention to delegitimize prosecutors. José Domingo Pérez, which reached a preventive closure of Keiko Fujimori, was processed for money laundering.