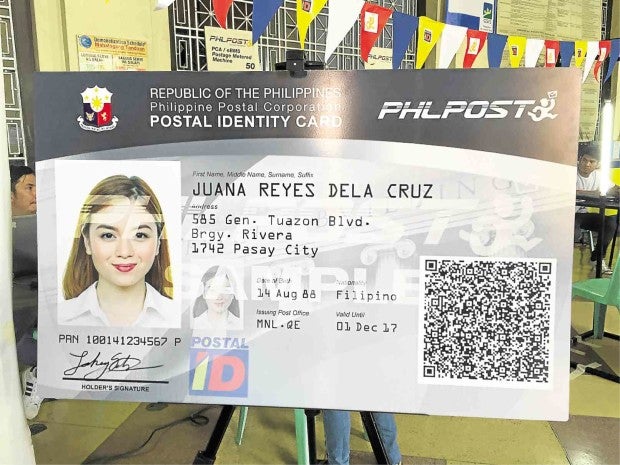 Manila, Philippines – The Department of Foreign Affairs (DFA) has announced that as of 1 August 2019 it will recognize the postal identification number issued by the Philippine Post Corporation (PhlPost) as a valid government document for passport applications.

"The MOA provides for the creation of a POVS, a software application that facilitates easy confirmation of PhlPost authentication," a DFA statement said on Tuesday

PhlPost, in a separate statement, noted that the MOA would also provide DFA with access to POVS.

POVS is a web-based application developed by the state-owned postal corporation, PhlPost reported.

According to PhlPost, DFA will use POVS to "verify the authenticity of the postcard submitted by the cardholder".

"POVS is expected to respond to concerns about the integrity of the card presented, the issues surrounding counterfeit cards and how to smoothly verify and authenticate postcards," he added.

Based on the DFA website, other acceptable Passport IDs are listed:

– Driver's license for the Land Transport Service (LTO). Student permission can be accepted if it is in a card format.

– ID of an adult citizen

– For applicants abroad, they may use the government IDs of the receiving ID to show their Filipino citizenship. (example: residence card). / MUF