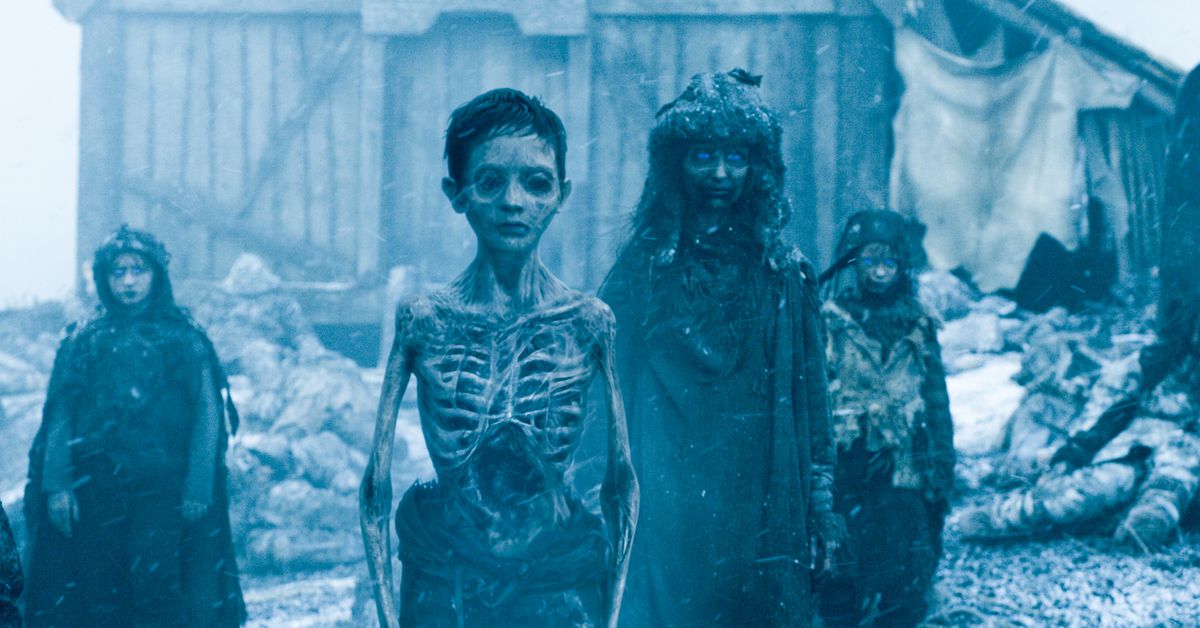 One of the most popular theories floating around the Winterfell Battle, which is expected to cover the third episode of Game of ThronesThe last season is that the dead Starkies, who are lying in Winterfleet's crypts, will rise when attacking White Pedestrians.

This idea is based on a few things. On the one hand, white pedestrians are definitely picking up the dead, so check it out. The other idea is that in Episode 2, almost all of those mentioned at one time or another, that "the crypts will be the safest place during the battle." It definitely seemed important to have this idea in our heads. And if this is important, it can only be because it is not true.

So chances are good that people in the crypt are in danger, but can it really be because Stark's ancestors will rise from their tombs? We can get a clever hint when Danny says the "dead are already here," in episode 3, but the show does not give us very specific information. So, we looked at the books to answer some questions about the White Footpower's powers and which could rise when the dead finally arrive at Winterfeld.

Can white footmen animate corpses they have not seen?

For the most part, it seems that consciousness increases when white foot soldiers are around, but this is not absolutely necessary. Numerous diary in books say they have to burn all their dead or risk returning as men. It does not matter how the man died. For example, in Dragon DanceTormund Jantzbane's son, Tomwond, died of cold one night. As Tormund explains, "Before we realize he died, he fades blue eyes with them. She had to take care of herself. "Everyone without white pedestrians.

Before the white pedestrians went south, this ability was hampered by the mighty magic of the Wall, which could still prevent them from raising massively now that they failed. It is worth noting that Bran's builder built both the Wall and the Winter, so it is possible for them to have such a magic by protecting them from the dead that are rising under their feet.

How Dead is Dead?

This is the most difficult question to answer white pedestrians. There are not many descriptions in the books except for being dead and looking dead. We also do not get examples of long-dead people returning to life, which makes the idea for pedestrians to raise an army of Winterterfel's crypts a little less likely. But we have certainly not said that this can not happen. With respect to the point, it seems that only bones can not figure out. Bones must somehow be interconnected; they can not just swim together and animate like a skeleton, at least from what we've seen. That means we probably do not get a false version of Ned Stark if we assume that his bones have ever come to Winterpheel's crypts.

So, if we are limited to the latest additions to the crypts that are … more or less intact, it really means simply Ricken Stark. The most recently deceased member of the Stark clan is probably in pretty good shape. It's also possible to regain the appearance of Catellar Stark in the form of white, which would be both a chase and a nice little nod of Lady Stoneheart's hero of the books. The only problem is that we really have no idea what happened to her body after the Red Wedding.

So the people in the crypt are really in danger?

People in the crypt are definitely in danger. Winterfell's cripples are a sinister and mysterious place both in the books and in the show, although it seems unlikely that the army of the dead will rise from the crypt itself. But one thing we know for sure about the crypts is that they have many secrets. Including secrets, seldom used in the crypts, originally designed by the ancient Starks to escape from Winterterfle if such a thing proves necessary. It has already been proven that it is necessary once in the show: This was the escape route that Bran, Ricken and their allies took when Theon attacked. There may even be hidden tunnels, such as those that Master Louwin offers Theon to use to escape from the castle.

While these secret entrances and tunnels would be great to allow people to get out of Winterfell, they work in both directions. If waves find their way to poorly protected crypts, there will not be many evacuation paths. In the best case, the masses will be forced to escape through the narrow door and directly into the open battle. In the worst case, they will not be able to escape at all.

if Game of Thrones plans to send a horde of windows that will come out of the crypts, this is probably the case: with some surprises for the army of the dead. Anyone who seeks safety only to be ambushed is just the kind of twist he is known for.