It pays to spy on Reds as 5 councilors receive P14.2M as a reward from AFP 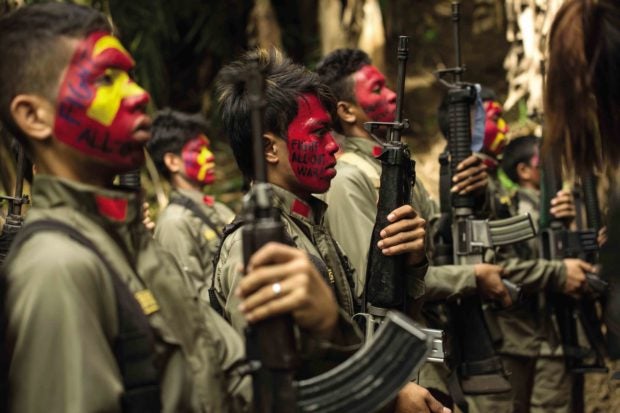 MANILA, Philippines – The military on Friday (August 16th) revealed it was paying for a spy, at least five people, who had received P14 million in money to spend arming and deploying leading Communist guerrilla leaders until they were captured or killed.

Armed Forces Chief Benjamin Madrigal Jr. personally gave cash awards to the five who gave military information that led to the capture or assassination of what the military said were key guerrilla leaders.

They wore a mask to hide their identities.

One in five received P5 million in cash for the murder that led to the murder of Victoria Tessorio, a communist guerrilla leader accused of several crimes, including multiple homicides and thwarted murder.

Another advisor received P4.8 million to provide information that led to the arrest of what the military said was a high-value rebel target, Promenzio Abaya Cortez, who has been charged with repeated murder, double-strangled murder, rebellion and attempted murder . Cortez was also involved in the burning of two dump trucks belonging to Philex Mines Corp. in Ampoukao village in Itogon city, Benguet province on February 9, 2017

An informant received P2.2 million to give details of Deomed Apinado, a guerrilla leader wanted on four counts of murder. Apinada, 73rd on the list of top wanted soldiers, was killed in a clash with soldiers in April 2017.

Another adviser received P1.7 million for the arrest of Communist leader Mauricio Sagun, and another received P550,000 for Jaime Soledad, another guerrilla leader.

"AFP is grateful to all the informants," Madrigal said. He added that the assistance of civilian spies "has become vital in neutralizing those criminals who are responsible for the heinous and cruel crimes against our people and nation."

Talks collapsed between the Duterte administration and communist leaders after the rebels failed to heed the request of President Rodrigo Duterte, who had developed close relations with the communist guerrillas when he was still mayor of Davao, to stand by the rebels to remain in their camps and stop collecting so-called revolutionary taxes.

The talks were at an advanced stage when Duterte decided to repeal them, revealing that among the rebels' demands was a sharing of power, which Duterte said he was not allowed to make a constitutional decision.

Since then, Duterte has changed his stance against the rebels by ordering localized peace talks and attacks on allegedly communist front organizations that have led to the killing of dozens of activist leaders and members of illiterate fighting groups ./tsb