MWSS hits Manila Water with a P1.13 billion fine for a supply crisis 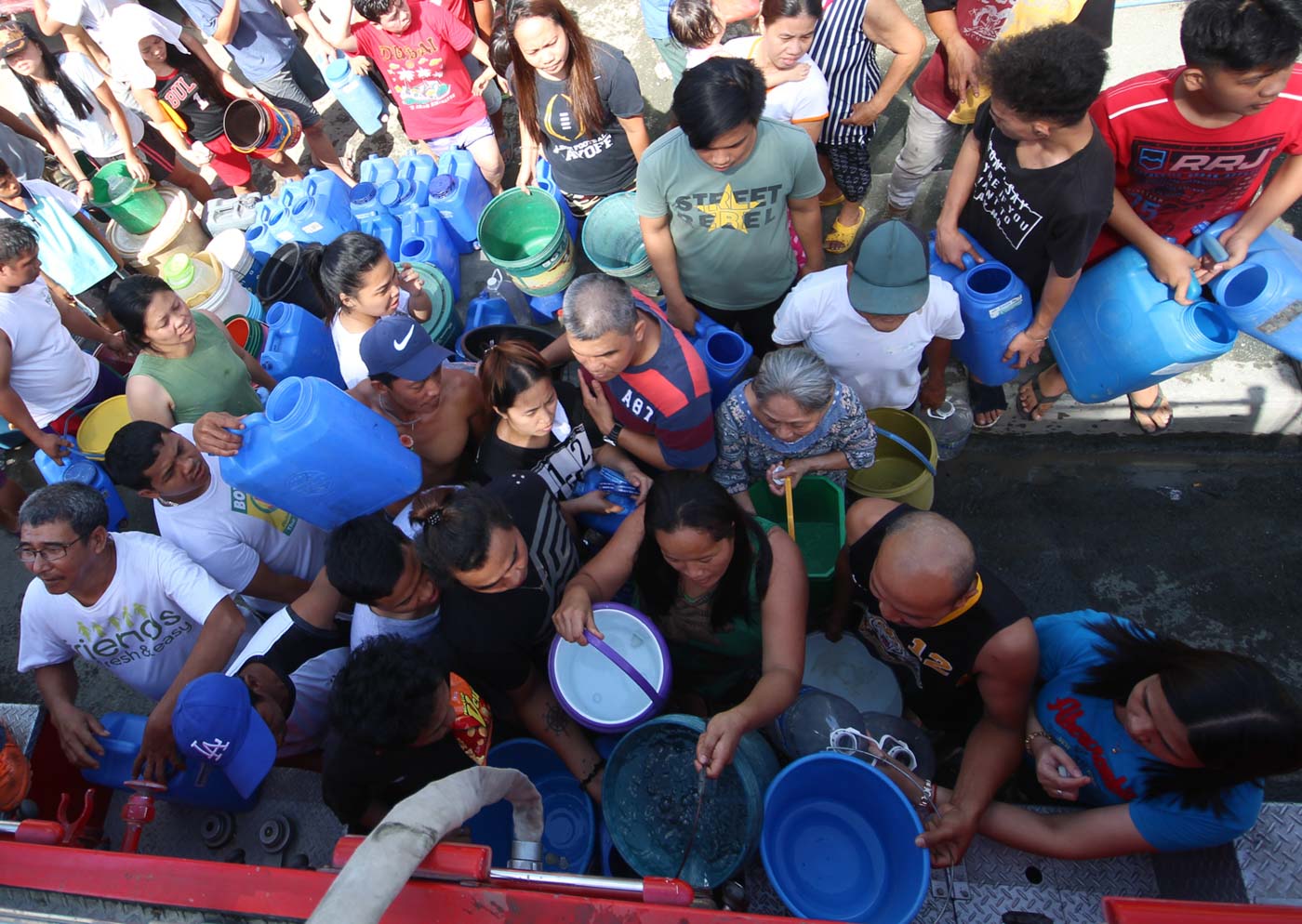 Punished. Manila Voda faces a huge penalty due to a shortage of supplies that began in March 2019. Picture of Darren Lanett / Raplet

MANILA, Philippines – The Managing Board of Metropolitan Water Supply and Sewerage (MHPP) has imposed on Manila Water a $ 1.11 billion fine for the supply crisis that began last March.

MWSS announced on Wednesday 24 April that it imposed a penalty on the company's inability to provide a 24-hour water supply to its customers. The agency said this violated the concession contract.

Of the total fine P600 million will be for funds to develop new water sources, while P534 million are the sanction itself.

"The shortage of water is an open look, and it is sad to say that the new MWSS board has inherited this long-standing problem after it only took office in February 2017," MWSS administrator Ray Velasco said in a statement.

The sanction imposed is in addition to the Manila Water self-imposed sanction of around P 500 million for refusal of fees to the affected customers.

"While we are not the main reason for the inadequacy of raw water supplies coming from Angat Dam, we are authorized to treat and distribute Manila Water as a MWSS agent and water services contractor, we are responsible for our inability to provide our consumers with the usual continuous water supply, "Della Cruz said.

The supply crisis has not yet been fully resolved, nearly seven weeks since the beginning of March.

Manila Voda said customers "in the richest and most remote areas of the concession" are still experiencing service interruptions.

"Since April 23 we have made the water available for at least 8 hours, at least at the ground floor level, up to 99% of our customer base," Dela Cruz said on Wednesday.