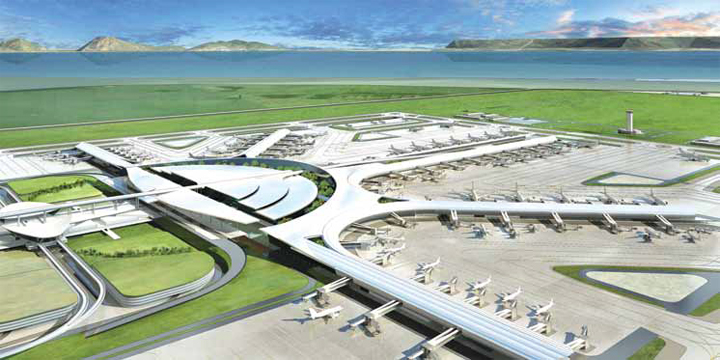 DIVERSIFIED conglomerate of San Miguel Corp. (SMC) has selected three of the
designers and builders of the best airport in the world to design and build
P734 billion Nova Manila International Airport (NMIA) in Bulacan.

Groupe ADPI, Meinhardt Group and Jacobs are three companies
who worked for the development of Singapore Changi Airport – were eavesdropped by Filipinos
a conglomerate to create a future-ready airport that can replace aging ones
Ninoy Aquino International Airport (Naia).

The original designs were previously shared with the media, baring
plans for a "ready for the future" facility that "focuses" on the overall traveler
experience using sustainable technologies, "tailored to the needs
of the environment and local communities of Bulacan and nearby provinces. "

Ramon S. Ang, president of the company, noted that his
the group has not yet selected a "world-class airport operator" to help manage it
facility in the future.

"This is our biggest investment in a project
a date that will definitely affect the lives of millions of Filipinos and
the country as a whole – an even bigger reason to push for more
sustainability and choose the best people to work with us, "he said.

Based on its terms
a diversified conglomerate will build an aerotropolis that will have capacity
out of 100 million passengers a year. The airport, which will be located in Bulacan, will
they have four runways, an 8-kilometer taxi route connected to North Luzon
Highway (Nlex), as well as all aviation related facilities and equipment.

With a 50-year concession deal, the airport will serve as
replacement or gateway to existing Naia.

Ang also gave assurances that those affected by
the development will have "better homes in fishing relocation sites
boats where they can easily regain their livelihood. "

"The success of this project
is anchored in support of support for the local fishing industry. We are in
the process of identifying areas where together we can build a fisheries community
it will continue for generations to come, "he said.

Ang added that his group's vision is to transform Bulacan
the seafood capital of the Philippines, "where seafood is exported to others
countries, and tourists come with motives to try them – just like it happened
until so many years in Japan, Tsukiji. "

When it's over,
the airport will hold the initial 20 million passengers a year and will
Trillion dollars in economic activity annually, while making 20
millions of direct and indirect jobs.

NMIA is an unwanted proposal by SMC first
the idea floated in 2016. It won the contract for construction, operation and maintenance
facility last month when no one disputed the proposal.