The rice platform produces B1.5bn in sales, which aims to B30bn 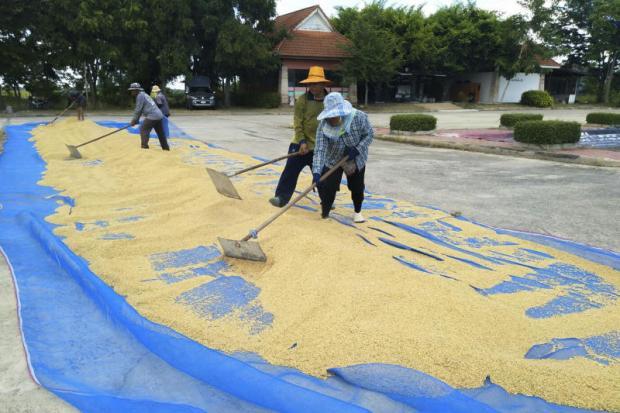 The government expects the Matching 2018 International Rice and Rice Product Business, held yesterday in Bangkok, to produce up to 30 billion baht of rice in a year.

Trade Minister Sontirat Sontijirawong said several purchases of rice worth 1.5 billion baht were estimated to have been completed between Thai businessmen and foreign buyers at the event.

Organized by the Department of International Trade Promotion, this event created a source platform to link exporters of Thai rice and rice products with international buyers. Food and non-food products made from rice such as cosmetics, beauty and health products are exhibited at the event.

There were 160 foreign buyers from 28 countries and 170 Thai businessmen who attended a suitable event.

"The rice Expo is also a public-private partnership to increase Thai rice exports, because the new harvest will enter the market," said Sontirat. "This will help increase rice prices and allow Thai rice exports as a whole to meet the government's target of 11 million tons this year."

He said four memorandums of understanding (MoUs) were signed at the event for 93,000 tons of rice purchases by foreign importers and Thai businessmen. They included the MoU between 759 Store, a Hong Kong chain store that sells food and snacks with 224 branches throughout Hong Kong, and Siam Diamond Export Rice to buy 10,000 tons hom mali fragrant rice, and between 759 Store and Global Rice Intertrade to buy 4,000 tons of Pathum Thani fragrant rice.

Everflowing Fortune Trading Inc. of the Philippines made an agreement with Asia Golden Rice to buy 70,000 tons of white rice and 5,000 tons of rice, and Guangdong Youliang Grain & Oil Industrial Co. from China signed a contract with Homkula Co to buy 4,000 tons of rice geographic indication (GI) and organic mali rice.

Rice farmers tend to enjoy higher rice prices in the 2018-19 harvest, thanks to strong import demand and a lack of large country stocks.

About 900,000 tons of milled rice are awaiting shipment at the end of the year, said Whichai Phochanakij, director general of the Internal Trade Department.