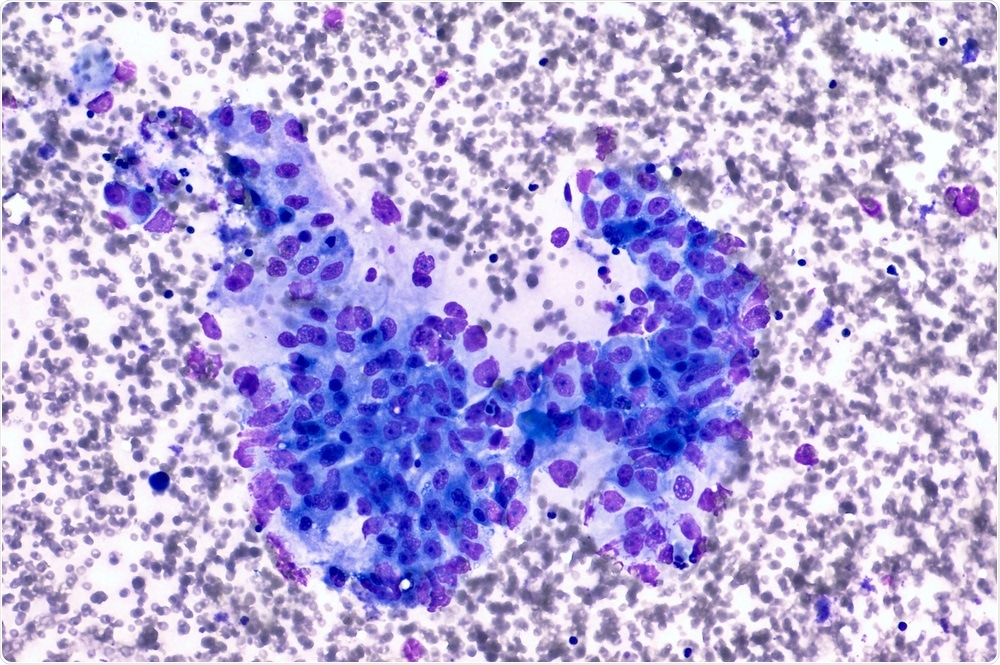 Researchers at the University of Michigan Rocklevel Cancer Center have conducted clinical trials with a new drug aimed at pancreatic cancer, and the initial results are promising. The results of their study, entitled "A dose escalation sample of the Wee1 Adavosertib inhibitor (AZD1775) in combination with gemcitabine and radiation for patients with locally advanced pancreatic cancer", were published in the latest issue of Journal of Clinical Oncology.

Pancreatic cancer is one of the most lethal cancers, with a median 5-year survival rate of a miserable 9 percent. It is known to spread to distant parts of the body and is generally resistant to chemotherapy and radiation therapy. Over the past two decades, researchers at this institute have been exploring the various ways that pancreatic cancer can be handled.

According to the Center for Disease Prevention and Control (CDC), people over the age of 65 are more at risk of pancreatic cancer. Men, tobacco users, obese and overweight people, diabetics, those with chronic pancreatitis and those with a family history of pancreatic cancer are at highest risk for this cancer, the CDC says.

The Phase 1 clinical trial is conducted using a molecule called AZD1775. The drug acts by inhibiting the enzyme Wee1 kinase. Wee1 kinase has been shown to play a significant role in repairing damaged DNA. Cancer cells are particularly susceptible to fatal DNA damage because their genomes are unstable compared to healthy cells.

The researchers explained that chemotherapy with Gemcitabine, a standard chemotherapy drug and radiation therapy used for pancreatic cancer, can lead to DNA damage. Pancreatic cancer cells can repair damaged DNA and thus reduce the effectiveness of treatment. The study's head, Dr. Meredith Morgan, explained that the new molecule was able to prevent pancreatic cancer cells from protecting themselves from DNA damage caused by chemotherapy. This increases the efficacy of Gemcitabine and radiation therapy. The treatment had minimal effects on normal cells, she explained.

If we can deactivate the DNA damage response in pancreatic cancer cells, this can remove the resistance of the treatment and sensitize the cancer to the effects of both radiation and chemotherapy.

The study included 34 patients with locally advanced pancreatic cancer. Patients received radiation, gemcitabine and AZD1775. The dose of AZD1775 escalates through a "method of continuous revaluation of an event". This means that the dose is increased based on the toxicity observed in the first 15 weeks of treatment.

Overall survival improved in patients following this regimen compared to those receiving chemotherapy and radiation alone. The median survival time without the new drug was about 12 to 14 months. With the addition of the new drug, the survival rate increases to an average of 22 months and the disease-free state is observed an average of 9 months with the new drug.

If we are ever going to cure pancreatic cancer, we will need effective systemic treatment as well as topical therapy. Our data suggests that the AZD1775 can do both. "

Cuneo said: "Adding AZD1775 to radiation and gemcitabine has been relatively well tolerated with encouraging survival results. More studies are needed with this promising combination. "

The authors conclude that "AZD1775 in combination with gemcitabine and radiation therapy is well tolerated at a dose that causes targeting in surrogate tissue. Overall survival is significantly higher than previous results combining gemcitabine with radiation therapy and warrants further study. "

Experts added that this new drug is being tested for other types of cancer such as breast and ovarian cancer in addition to standard chemotherapy and radiation therapy.

The molecule is yet to receive FDA approval. The Phase 1 trial is funded by grants from the National Cancer Institute and the drug AZD1775 is manufactured by AstraZeneca.