Agora is negotiating the acquisition of Eurozet 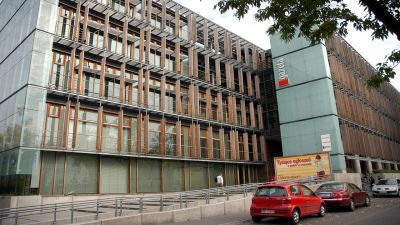 Polsat's Chairman, Zygmunt Solorz, sent a pre-trial hearing to Agora SA, the publisher of Gazeta Wyborcza. The founder of the station …

SFS Ventures is a company incorporated under the laws of the Czech Republic, the majority of which is owned by the subsidiary Sourcefabric, offering open-source media solutions, while the minority shareholding is held by Salvatorska Ventures LCC, registered at the US subsidiary of Media Development Investment Fund.

"The company and SFS Ventures did not get exclusive rights to negotiate the acquisition of Eurozet shares," he writes.

The Eurozone was put up for sale a few months after it was bought by Czech Media Invest by French concern Lagader. The Czech company took Eurozet together with Lagardère's radioactive substances in the Czech Republic, Romania and Slovakia, paying 73 million euros. The transaction was announced in April 2018, and in June the Competition and Consumer Protection Office expressed its consent to its application in Poland.

At the beginning of December 2018, virtualnemedia.pl announced that Eurozet's offer was made by the Fratria Group. Agora, ZPR Media and PMPG Polskie Media were also among the potentially interested parties.

The Eurozet group includes ZET, Antyradio, Meloradio (until September last year, ZET Gold) and Chillizet and websites, as well as ZET, the radio and television commercial, and the Eurozet Live Event Agency.