Border guards began temporary checks at the border of Poland 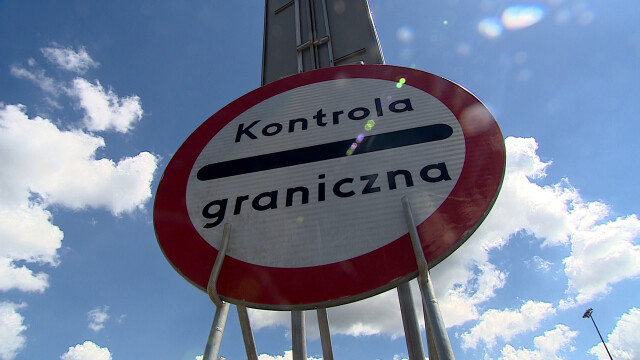 Since Thursday, the border with Germany, Lithuania, the Czech Republic and Slovakia can only be crossed in certain places. The control was introduced temporarily in connection with the UN Climate Change COP 2018 organized in Katowice. They will continue until December 16th.

As reported by the Border Guard, inspections will be carried out on both land, air and sea transitions. Border Guard patrols will use specialized equipment for this purpose, including mobile terminals and so-called "Schengen", which allow inspection outside border crossings.

– Control is done at random. This means that it does not take place simultaneously at all points and 24 hours a day. The important thing – the border guards are only subject to persons entering Poland – emphasizes the second border guards Agnizka Golias.

The people to be inspected are randomly selected "on the basis of the risk analysis and the information provided by the services of the neighboring countries".

The temporary introduction of border controls will give border guards the option of issuing a refusal of entry to persons who do not qualify for entry as specified in the Regulations.

As the border guard said, this would affect, among other things, persons who may pose a threat to public safety or order. Border guard spends more than 55,000 refusals annually on the external border.

"Temporary reinstatement of control does not mean returning to the state prior to Poland's entry into the Schengen zone, but the border can be crossed only in certain places, and on the land border there are 264. On the border with the Czech Republic – 142, Slovakia – 62 48, with Lithuania – 12 "- informs SG.

The border guards underline that those intending to visit Poland during the control period should be prepared for the need to display documents allowing them to cross the border, identity cards or passports and, where necessary, visas.

The border guards recall that Poland temporarily restored border control of its part of the internal border – during the EURO 2012, the November 2013 Climate Summit and the World Youth Day and the NATO Summit in 2016 year

"In 2016, as part of the temporarily restored internal border control, from 4 July to 2 August, Border Guard officers controlled a total of almost 485,000 people and nearly 5,000 vehicles, stopped a total of 321 people and refused to enter 144 people" she informs Border Guard.

The fine of PLN 500 is subject to crossing the border at a location not designated for that purpose. – The decision on the penalty is taken by the employee during the check, taking into account the circumstances of the event, – points out Golias.

COP24, the 24th Session of the Conference of the Parties to the United Nations Framework Convention on Climate Change, will be held from 3 to 14 December this year at the Katowice International Convention Center and the nearby Spodec Sports and Entertainment Arena. Earlier, from November 26, a series of so-called " Meetings before the meeting.

Around 40,000 delegates from around the world will participate in the event, including heads of government and ministers responsible for environmental and climate issues. Poland will host the Climate Conference for the third time. Previously, such conferences were held in Poznan (in 2008) and in Warsaw (in 2013).

As the Ministry of the Interior and Administration have already reminded, in February 2018 the special act setting out "the tasks of the public administration bodies and services and their cooperation at the COP24 conference" came into force. Under these regulations, the Ministry of Internal Affairs and Administration is responsible for coordinating the activities of the departments involved in organizing the COP24 conference in the field of public safety and order.

Since Thursday, the border with Germany, Lithuania, the Czech Republic and Slovakia can only be crossed in certain places. Checks …
Read more »

– We will face the European Court of Justice to fight this, but we can apply such decisions …
Read more »

Game: "The Supreme Court partially survived,
but the judiciary is slashed "

It seems to me that shortly after the publication of this bill, which basically restores the old provisions, the government will write to the Commission …
Read more »

I play: Another approach to choosing an ombudsman for children. Parliamentary committees supported the PiS candidate

Parliamentary committees on social policy and family, as well as education, science and youth, have recommended Mykolai's candidacy on Wednesday …
Read more »

On Thursday in the southern part of Poland, weather forecasts forecast freezing rainfall. The Institute of Meteorology and Water Management publishes …
Read more »

Play: "Give it to win". The presidential minister is for another amendment to the act

Synoptics predicts cloudy on Thursday. We will see a maximum of 3 degrees Celsius on thermometers. Snow falls in places.