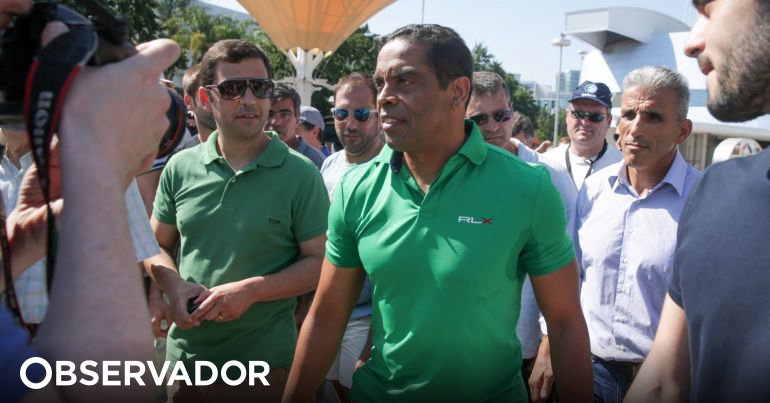 Former Chairman of the Banco Espirito Santo Angola Executive Committee (BESA) said on Thursday he was surprised to have been informed through a public announcement in a newspaper to challenge the verdict demanded by the bank holding the toxic assets of BES.

The issue is a decree by the provincial court of Luanda, published on Monday by Jornal de Angola, which gives up 50 days to the company and the Angolan partners of the deceased BESA to challenge the conviction request that takes place in court.

This Thursday, in a statement to which the Lusaka agency had, Alvaro Sobrinio recalled that he was summoned by the provincial court of Luanda on April 17, 2017 in his "famous" residence in Angola to challenge the documents mentioned in the public notice he says he graduated on 7 May 2017, within the time limit set for him.

According to Alvaro Sobrinjo, who makes no comment on the process in question, citation with public notices is only made when the said are in an insecure part and even when the persons to be quoted are uncertain, which in their case is "false" even in the light of defense filed in May 2017

The referral contained in the notice of residence in an uncertain part of Alvaro Sobrinio is false and alarming as to the purpose of such notice by a public notice as it is contrary to what was done earlier for his residence and to which he has already complied for about a year, "says the former chairman of the BESA Executive Committee.

The announcement by the provincial court of Luanda called on the companies Genny and Portmill and the governors Alvaro Sobrinio and Carlos José da Silva to challenge a request for a conviction in BES Angola made by the company containing the toxic assets of the bank, led in the past by Ricardo Salgado.

Álvaro Sobrinho also points out that it is possible for the Court to state, by a decree that "an uncertain country", the two companies state that their domicile is subject to commercial registration.

"In the name of the transparency and public scrutiny of Angolan institutions and their agents, as well as the judiciary, it is necessary to investigate the causes and to trace the development of this issue in order to establish the true purpose of the decree," he said.

The "Declared Protocol" was filed by the Portuguese holding company, a process monitored by the Portuguese state that created the former BES toxic assets management bank, which includes the loans related to BESA, now the Banco Económico after the nationalization imposed by Luanda .

If visas do not oppose the request for a conviction, they will be declared "acknowledged for the facts stated by the author in the action according to the original application", can be read in the court decree.

Currently three court cases brought by BES are dealt with in Luanda's courts, challenging the decisions of the Angola National Bank and the Angolan shareholders, which will lead to a loss of BES's participation in BESA.

BES challenges the order to increase the capital of the financial institution in Angola by converting a portion of its senior interbank loan currently held by New Bank followed by a reduction in equity by taking over all accumulated losses and a second capital increase , recorded by the shareholders and other persons, accepted by the National Bank of Angola.

With these operations, the bank's current shareholders, including BES, saw their shares in BESA "completely diluted," said a report by the Portuguese holding company.

Since then, BES has ceased to be interested in BEZA, "having suffered a total loss of € 273 million invested," the bank's report and accounts are now in liquidation.

It is precisely through the value of this position that BES, in the process of liquidation, is fighting in the Angolan courts.

Banco Espírito Santo lost control of BESA in July 2014 when the Angolan state announced it had taken control of the financial institution and injected capital of $ 3000 million (2,610 million euros) but was eventually bankrupt. October 14, 2014

At that time there were 34 branches, and in October 2015 the Angolan branch of BES changed the name of Banco Económico (BE).