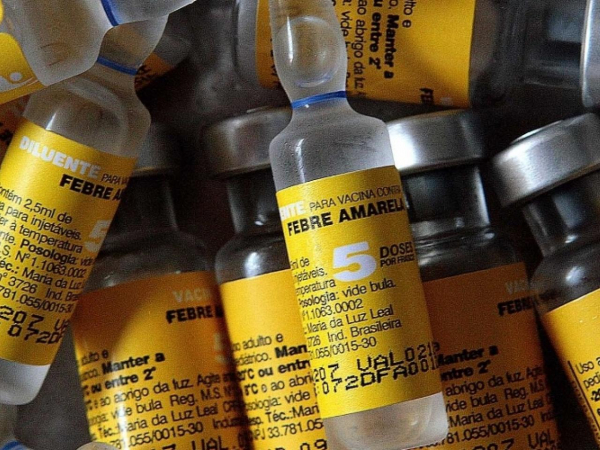 The states of Santa Catarina, Rio Grande do Sul and Paraná, with the support of the Ministry of Health, are launching this August a schedule of actions to strengthen surveillance and vaccination against yellow fever in the Southern Region. The measure is preventative and aims to sensitize the 9 month old population monitoring and vaccination teams. The aim is for municipalities to actively seek out non-vaccinated people before the highest incidence of the disease, which occurs from December to May. In addition, the Ministry of Health intends, together with states and municipalities, to strengthen the surveillance of non-human primates (monkeys).

Vaccination will take place between August and December in the three states: Santa Catarina, Rio Grande do Sul and Paraná. Also part of the action plan is the organization of the health network, clinical management protocols and epidemiological studies in strategic areas.

According to the Ministry of Health's Arbovirus Observation Coordinator-General, Rodrigo Fabiano do Carmo Said, the action is tripartite, involving the file, Parana's Minister of Health and the South Region's ammunition. During the year, the Ministry of Health promotes training with countries in the Southern Region. From this work, epizootic diseases (death in monkeys) were detected. We need to increase vaccine coverage, "Rodrigo Said explained.

The vaccination strategy in the Southern Region will have an increasing age range of target audience to be vaccinated. It is recommended that vaccination be extended to people over 60 years of age because they are in viral data sites (epizootic, human cases or infectious vector). In this case, the health services will need to evaluate the risk / benefit of vaccination to this public. For people traveling to areas where the vaccine is recommended, instructions are to take the dose at least 10 days before the trip.

This year, the federal government sent 9.9 million doses of yellow fever vaccine nationwide. Of this total, 5.9 million doses were intended for the Southern Region. The vaccine is part of the National Vaccination Calendar and is available at over 37,000 vaccination sites in the country.

Since April 2017, Brazil has adopted the single-dose vaccine scheme as recommended by the World Health Organization (WHO), supported by studies that ensure that a single dose is sufficient for lifelong protection.

SURVEILLANCE
The detection of viral circulation in the Southern Region occurred earlier this year, in Parana, in January; in Santa Catarina in March. In 2019, by May 31, 85 cases and 15 deaths from the disease, 14 cases and 3 deaths in the Southern Region were confirmed in the country. The majority of those infected are older young men who live or work in rural areas. .

Based on cases of humans and non-human primates and forecasting the likely pathways of the virus in 2019/2020, the Ministry of Health, together with states and municipalities, has aligned strategies to guide surveillance and extension. vaccine in the region.

By Jessica Cheryl of the Health Agency