The missing mountaineer in the Fagaras Mountains is the famous Yellow Torok and has been found dead, Interior Minister Mihai Fifor confirmed to Digi24.ro. The climber was 45 years old. 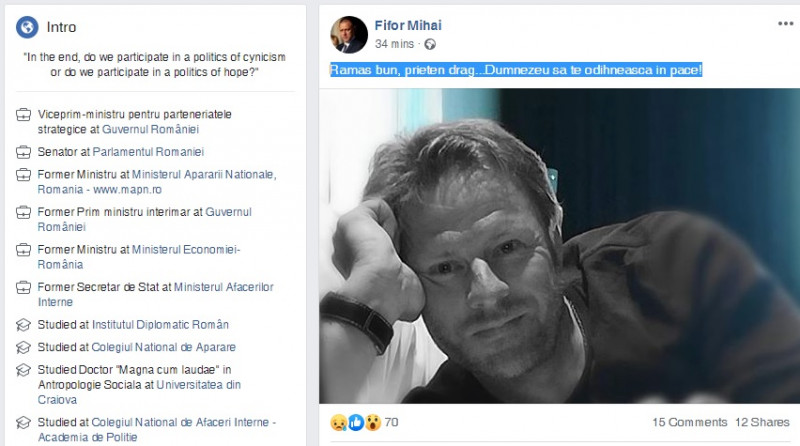 Read also: Always up to speed The story of Yellow Torok

UPDATE. The climber, who disappeared in the Fagaras Mountains, was located, Salvamont Sibiu chief Adrian David said on Saturday.

"The 45-year-old Romanian mountaineer was in the area of ​​Mount Nagoy and he looks dead"Air evacuation is being attempted and there are several rescue teams in the area trying to reach the scene of the accident," said Adrian David, quoted by Agerpres.

Follow the interview given by mountaineer Zsolt Torok in 2016 Digi24 Timisoara. He then talks about the premiere he has performed with another Romanian climber and what it is like to climb the highest peaks in the world and what preparation entails:

Read here for the tops conquered by Zsolt Torok.

A missing mountaineer in Fagarash Mountain was searched Saturday by rescuers and gendarmes from two counties, and a MoI helicopter was involved in the operation, MEDIAFAX correspondent reports.

Representatives of Salvamont Sibiu say the disappearance of the climber was reported Saturday by his wife.

The search involved rescue teams in Sibiu and Argeș, as well as gendarmes from both counties. Cited sources say the mountaineer would disappear in the Fagaras Mountains, near Mount Negoi.

"There is not much information about this. The call came this morning from his wife. Ground crews are assisting in the search for a MoI helicopter, "Salvanont Sibiu's representatives also said.