A landfill commission has been set up near Moscow at Zhukovsky Airport :: Society :: RBC 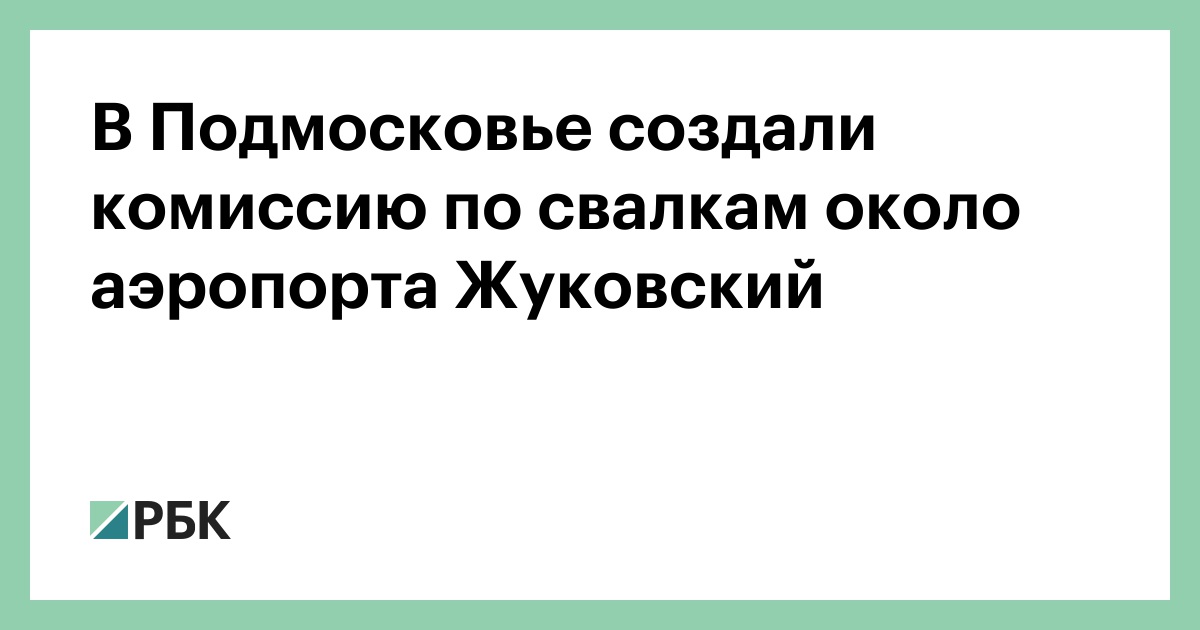 Rosprirodnadzor and the authorities of the Moscow region have set up a commission for the verification of landfill sites located near Zhukovsky Airport. This was announced by Deputy Governor, Minister of Ecology of the Moscow Region Dmitry Kurakin, reports TASS.

"Rosprirodnadzor and the authorities of the Moscow region have set up a commission to verify information about the possible accumulation of birds at the garbage sites near the Zhukovsky airport," he said. Kurakin added that the commission will start working publicly on Friday, August 16.

The day before the Ministry of Environment stated that it is necessary to check the possible presence of landfills in the area of ​​Zhukovsky airport. The ministry was reminded that they are not allowed to be placed within a radius of 15 km from the airport. Honored test pilot of the USSR Viktor Zabolotsky told RBC that in the area of ​​Zhukovsky airport flies many gulls that live near landfills.

On the morning of August 15, a Ural Airlines plane departed from this airport, with birds flying into both engines. As a result, he made a forced landing in a field in which 76 people were injured.

Rosprirodnadzor confirmed that no more than 2 km from the airport is an unauthorized dump. The department noted that the case of Vimpel K, which owns the landfill, was instituted by Article 17.7 of the Administrative Code (failure to comply with the prosecutor's legal requirements), as it did not pay the fine and did not eliminate the violations.