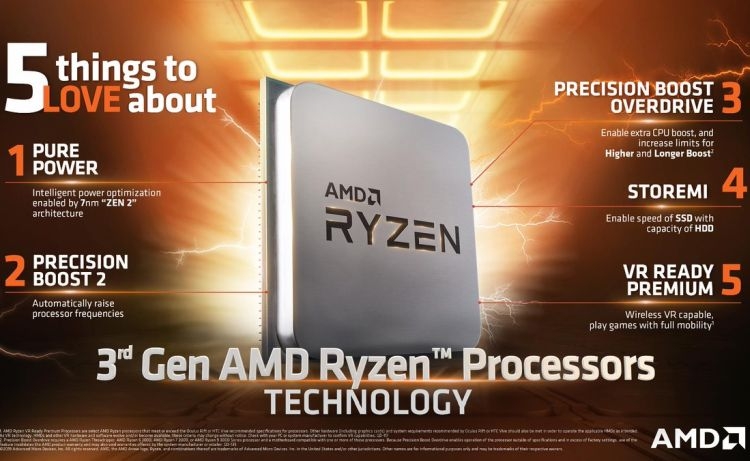 The first stock market reaction to Intel's second-quarter results was positive, but the gradual analysis of the demonstrated trends has led to many unpleasant moments. First, revenue growth of $ 300 million in the second quarter is due to customers' willingness to buy more Intel products before introducing higher US tariffs. Secondly, the computer market, which calculates Intel's revenue by more than half, is unlikely to grow significantly by the end of the year. Finally, the proceeds from Apple's deal results will not only decrease their size twice after paying taxes and other related costs, but will also be used to correct the situation with the development of 10-nm technology. Plus, the "Chinese factor" continues to its uncertainty, not just the investors but also the leadership of Intel.

Analysts who shared their comments on Barron's and Seeking Alpha's pages are actively using the idea to increase competition with AMD when they adjust estimates for the market value of Intel's shares. For example, Jefferies' representatives are predicting an increase in the AMD process market share by ten percentage points by the end of next year. It's hard to say on what basis they are rejecting their calculations, but if you rely on the Mercury Research report in the AMD desktop segment in the first quarter of this year, it controls more than 17%. This means that by the end of next year, every fourth desktop-to-desktop processor will be featured in the AMD logo.

Experts Susquehanna International Group recently said that Intel already controls no more than 81% of the processor market, and this is the lowest share since 2015. Raymond James's experts warn that the surge in demand for Intel processors in the second quarter, triggered by the threat of tariff hikes, was of a one-time nature and had no prerequisites for long-term growth in demand. There are optimists among stock market experts. Credit Suisse's representatives believe Intel's increased financial investment in R & D and development will allow the company to successfully defend its market position. According to many analysts, Intel's share price does not have a significant growth potential – the consensus ranges from $ 58 to $ 62.