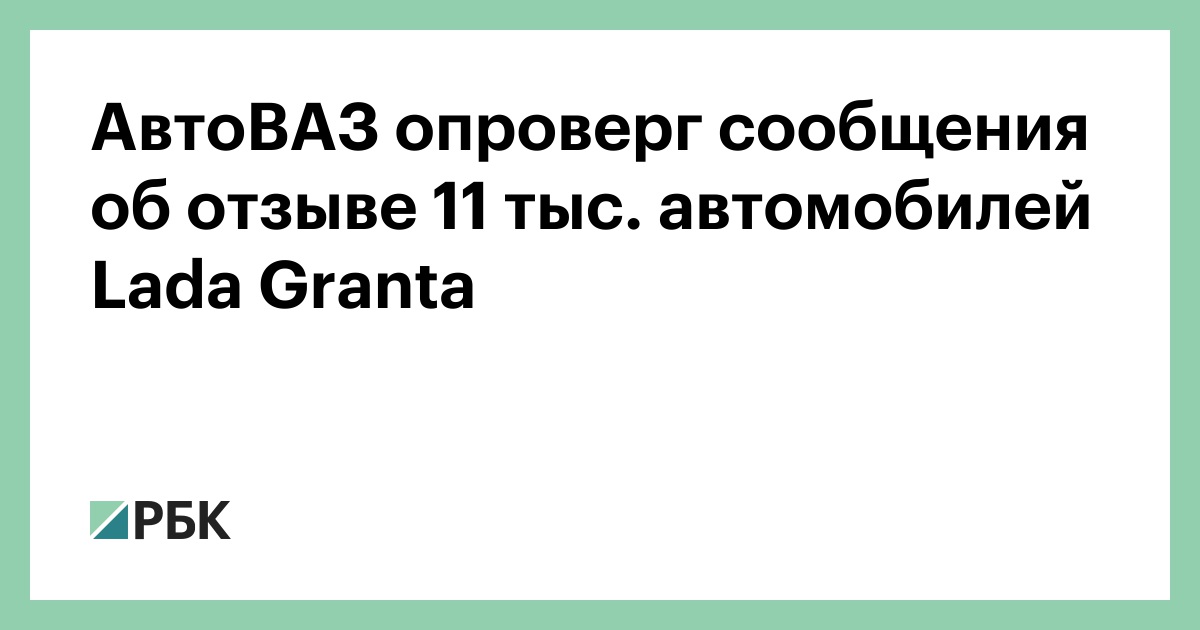 
AvtoVAZ has denied reports of the withdrawal of 11,000 Lada Granta cars

AvtoVAZ has denied the withdrawal of more than 11,000 Lada Granta vehicles to replace the defect in the indicator. This was reported to RBC by a company representative.

AvtoVAZ stated that the car download reports are incorrect. "This is a service campaign when, at the next scheduled visit to the dealer, individual items will be checked and replaced for free, if necessary. You don't have to cut everything and go to the dealer, "RBC told AvtoVAZ. The company press service recalled that all download campaign announcements were posted on Rosstandart's website.

In July, Lada Granta with an average price of 552.9 thousand rubles. became the most affordable car in Russia. Sales of the model for the five months of 2019 amounted to 52,373 vehicles.