Convicted of murder and robbery escapes from a psychiatric hospital near Volgograd :: Society :: RBC 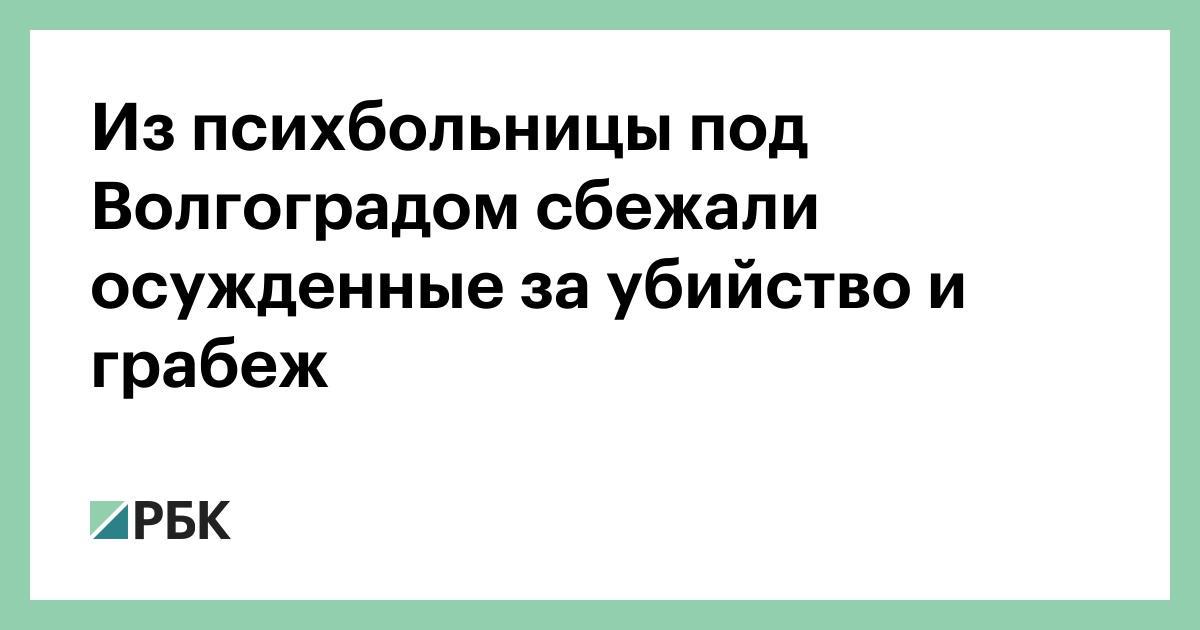 In the Volgograd region, two people escaped from a regional psychiatric hospital, according to a statement from the regional Interior Ministry.

A police report came early Sunday morning, August 11th. On mandatory treatment, two men, aged 30 and 31, clutched the bars and fled through the second-floor window. One was previously convicted of murder, the other for robbery.

According to RIA Novosti, citing a spokesman for the Interior Ministry's Directorate-General Anton Kornauhov, the men were recognized as dangerous to the public and placed in hospital after being examined at a psychiatric hospital. One of them ended up in a medical facility in October 2018 and the other in January 2019.