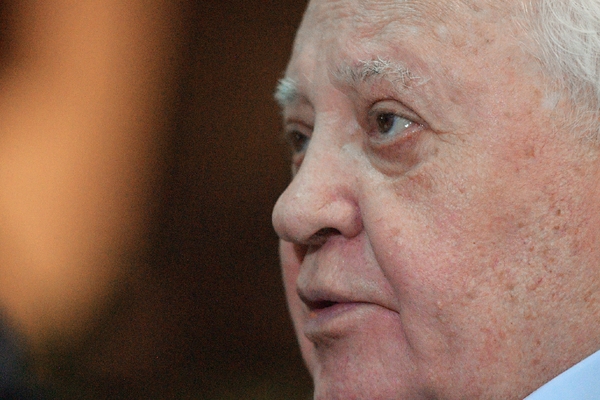 Mikhail Gorbachev has been living in the hospital for the last six months. Alexei Venediktov, the editor-in-chief of Echo of Moscow radio station, told Gordon on the Nash channel.

According to him, the first and only president of the USSR has everything in order with his head, but he walks very hard because of accumulated diseases. "The last two years have been very bad," the journalist said.

At the same time, according to Venediktov, they meet regularly in a restaurant and drink beer. Moreover, Gorbachev is the initiator of the meetings.

On June 6, Gorbachev spoke about his condition after reports of hospitalization. "It's a long train. But to say I saw "the light at the end of the tunnel" is too early. He is still not visible, "assured the 88-year-old politician.

Mikhail Gorbachev undergoes regular medical check-ups: news has been reported since at least 2001. The fifth secretary-general of the Central Committee of the CPSU and the only president in the history of the USSR was in power in the Soviet Union from 1985 until its dissolution in 1991. .