how much Apple spends in the cloud Amazon – Finance of vc.ru 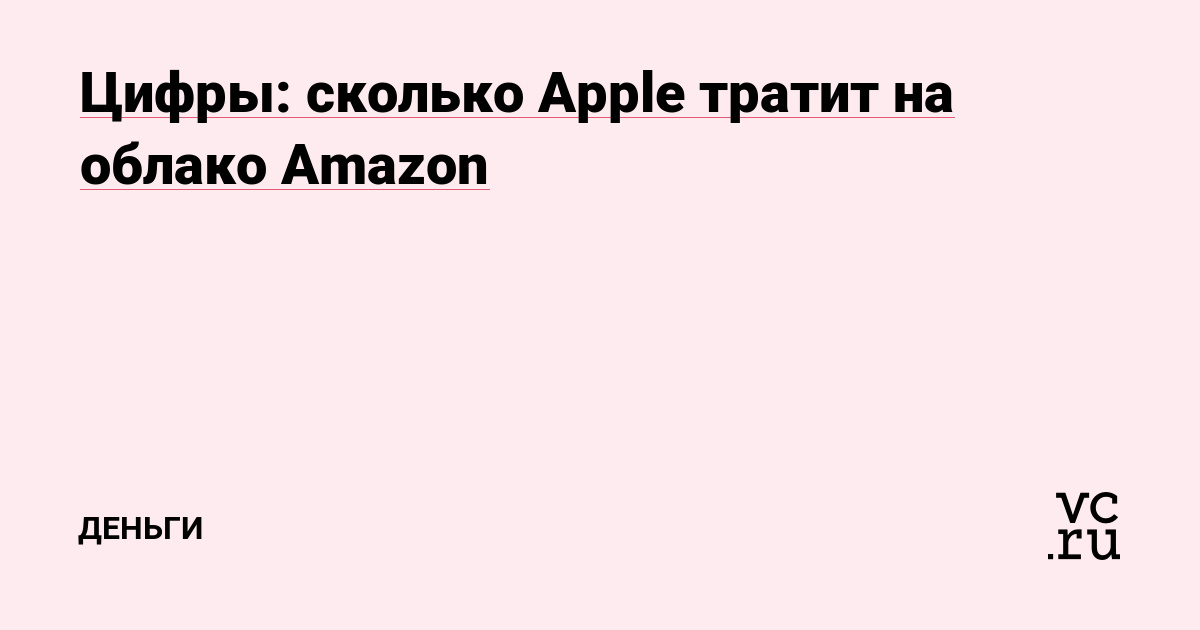 The company is one of the largest users of Amazon Web Services.

In the first quarter of 2019, Apple's Amazon Web Services cloud storage costs (AWS) averaged more than $ 30 million a month. This is what CNBC wrote, citing sources.

According to CNBC, Apple has signed an agreement over the past few months, according to which it has to spend at least $ 1.5 billion on AWS for five years. This makes the company one of AWS's largest users. For comparison, the cost of the Lyft taxi service for AWS will be $ 300 million by the end of 2021, and Pinterest's social networking costs will be at least $ 750 million by mid-2023.

Apple declined to comment. Amazon did not respond to the request.