Juventus is ready to sell Tottenham Dibal for 70 million euros 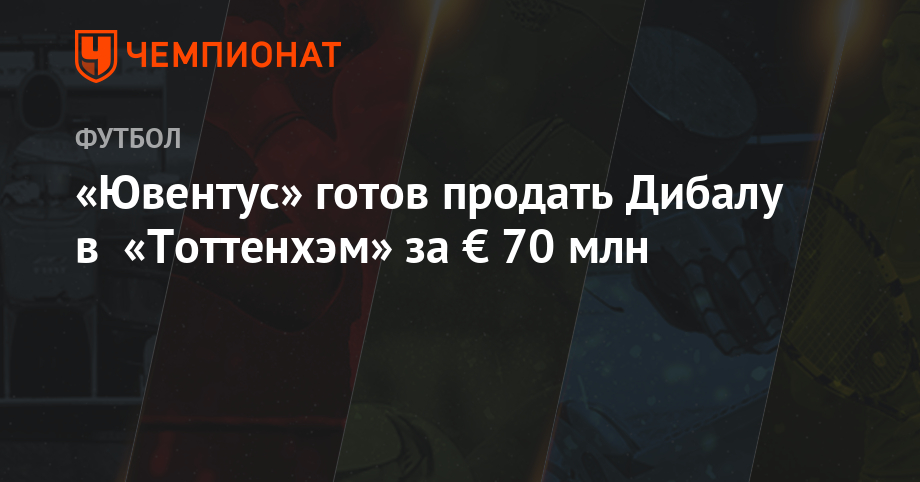 Juventus is ready to sell Tottenham Dibal for 70 million euros

According to a source, the Italian club is ready to sell a football player for 70 million euros. However, transfer will not be easy as the striker has to agree with Tottenham on a personal contract, given that the transfer window in the English Premier League closes on 8 August.

It was reported earlier that Manchester United were refusing to transfer 25-year-old Dibala. The English club was not satisfied with the financial requirements of the player and his agent. In addition, the Argentine did not express a particular desire to go to the camp of the Mankunites.

Last season, Dibala played for Turin Juventus 42 games in all tournaments. The Argentinian has 10 goals and 5 assists. The striker's contract with the club is valid until June 30, 2022.

PSG is ready to pay € 60 million for Dybala