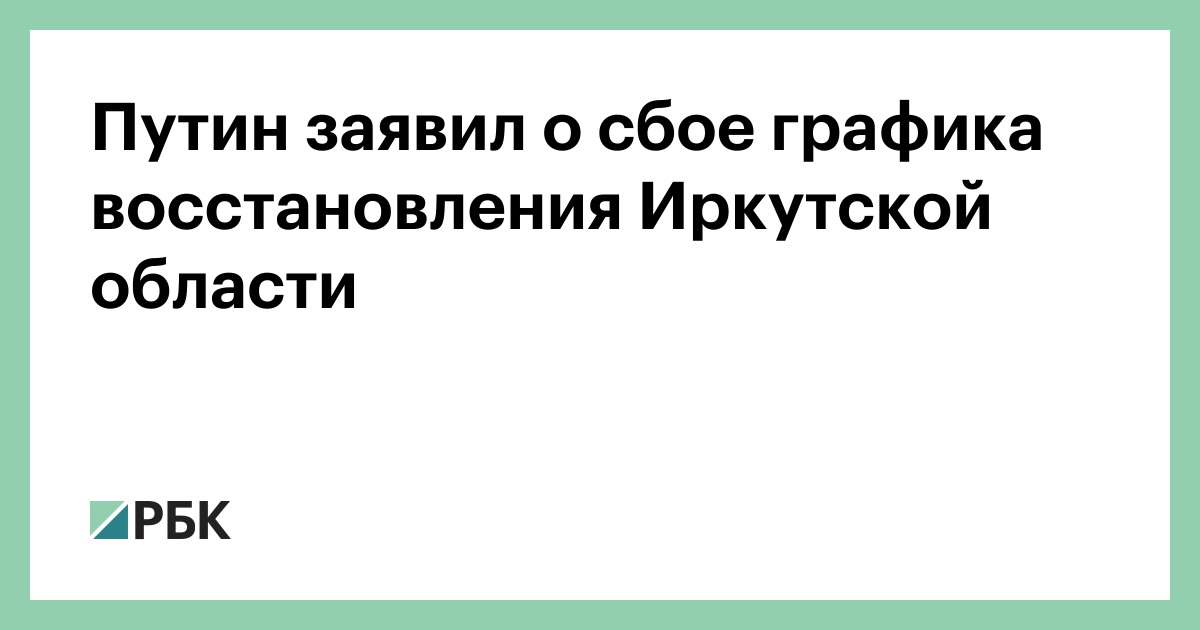 
Putin has announced the failure of the Irkutsk region's recovery schedule

Restoration work in the Irkutsk region affected by the flood may be out of schedule for objective reasons. This was stated by Russian President Vladimir Putin, TASS reports.

"However, construction schedules are being set up. They try to do their best. In any case, everything will be finished, "he assured a meeting with flood-affected families in the Irkutsk region.

According to him, after the first wave of floods in the region came a second, which led to a change in the work schedule. In addition, Putin noted that there is no need for new housing to be built in flooded territories, such as Tulun. "Well, why do I go through these trials every year?" He added.

At the end of June, 25 people were killed and more than 42,000 were injured as a result of the first wave of floods in the Irkutsk region. There were about 11,000 homes in the flood zone in 109 settlements. 3.5 thousand of them cannot be recovered. Local authorities estimated the damage amounted to 31 billion rubles.