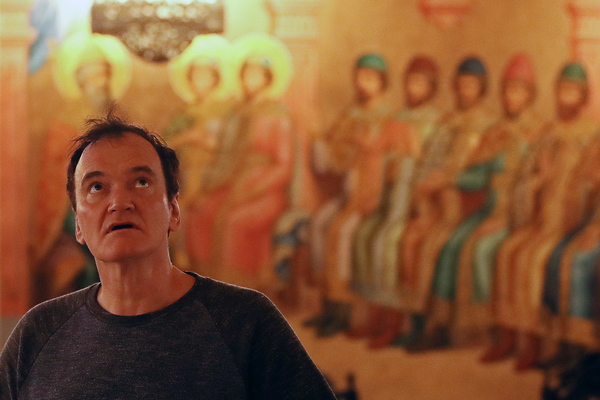 Russian Culture Minister Vladimir Medinski gave an excursion to the Moscow Kremlin for US director Quentin Tarantino. This is reported by TASS.

The director was shown the King-bell and the King-cannon, of which he was delighted. Tarantino also asked what merit could be buried in or near the Kremlin. Medina replied that you must at least be a member of the royal family

Tarantino arrives in Moscow for the premiere of his movie Once Upon a Time … in Hollywood.

On July 3, Tarantino announced that he could end his career after his ninth photo, "Once Upon a Time … in Hollywood." "If the movie is well received, I might not be shooting the tenth. Maybe I'll stop right now. Maybe I'll leave while I'm on top. Let's see, "said the director.