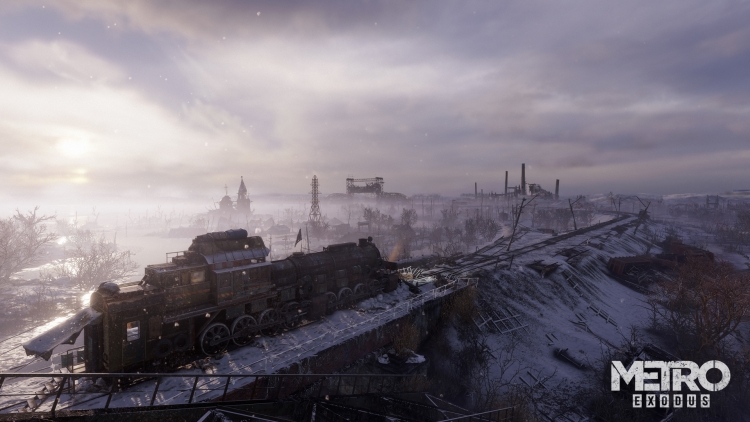 A promising shooter from Metro Exodus from Studio 4A Games will be released on February 15 on Xbox One, PS4 and PC. The heroes of the Moscow subway will finally come to the open spaces of the post-apocalyptic Russia and will travel across the continent of an armored fortress – the good of the railways, though overgrown with grass, but still performing its function. Players will find themselves in a completely new, dangerous environment and will encounter hostile groups of people who manage to consolidate for survival, often – under very dubious conditions. Of course, they will find helpers.

A Long Trip promises a graphically rich environment, from the snowcapped capital to the hot summer desert of the disappeared Caspian Sea and all four seasons. To realize this splendor, developers have worked hard to improve their own 4A Engine by achieving a wide scalability that can deliver good performance and graphics in both enclosed spaces and open landscapes.

The studio promises that Metro Exodus will offer a quality environment and a good level of performance even with premium equipment but will be able to use all the benefits of the latest video cards when displaying images at extreme settings up to 4K at 60 frames per second. It should be noted that Metro Exodus is one of the few games that have already acquired support for the beam tracking technology available for the latest generation of NVIDIA GeForce RTX graphics cards. 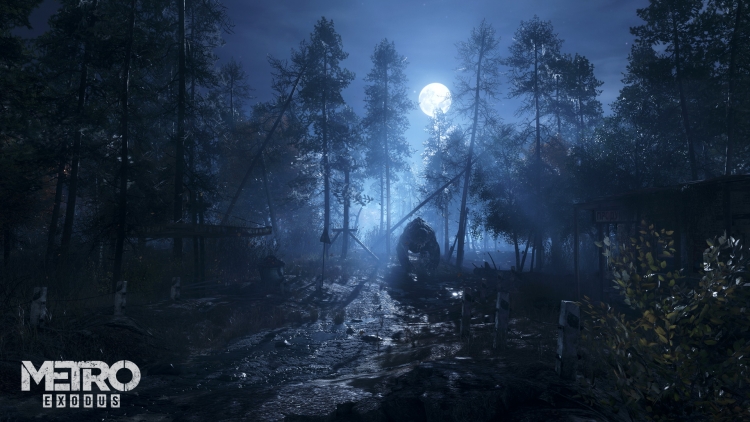 Console owners, of course, do not need to think about the hardware compatibility of their systems with the requirements of the new blockbuster. This is that Xbox One X users will be happy to know that, according to Deep Silver publishers, this system will provide a higher level of graphics than the Sony platform.

But lovers of apocalyptic adventures from PC Camp will have to adapt the quality of the environment to the level of their system. Developers report requirements for configurations that meet the minimum, recommended, high, and extreme graph levels. 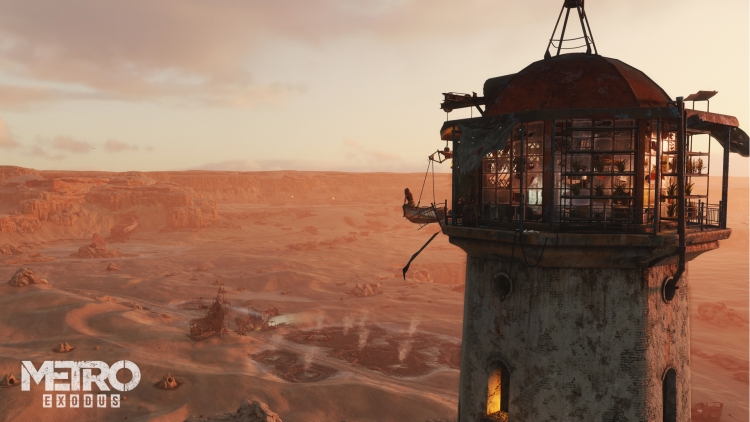 So, Metro Exodus will be able to play at the minimum level of graphics in Full HD if the system meets the following minimum requirements: Windows 7 SP1, Intel Core i5-4440 processor, NVIDIA GeForce GTX 670 graphics card and 8 GB RAM. Those who want to get some performance and graphics level must be Windows 10 users and video cards that are no lower than the GeForce GTX 1050. 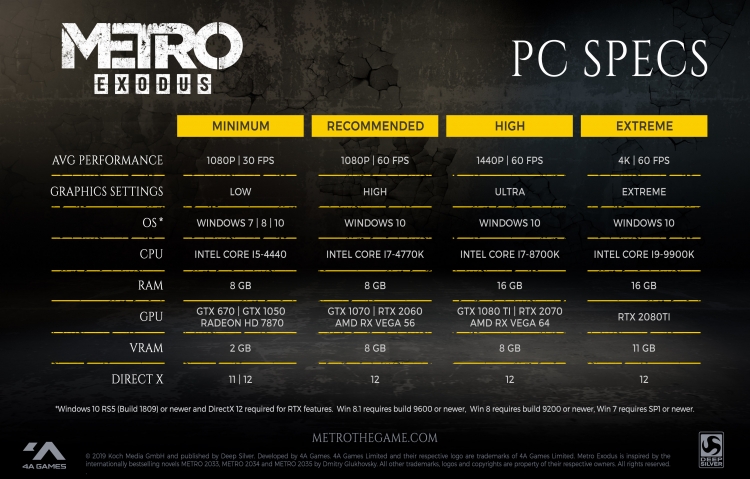 Owners of the Core i5-4770K and GTX 1070 or AMD RX Vega 56 can rely on 60 frames per second and high graphics, but only those with a graphics card no lower than NVIDIA GeForce RTX 2060 can see the radiation effects. 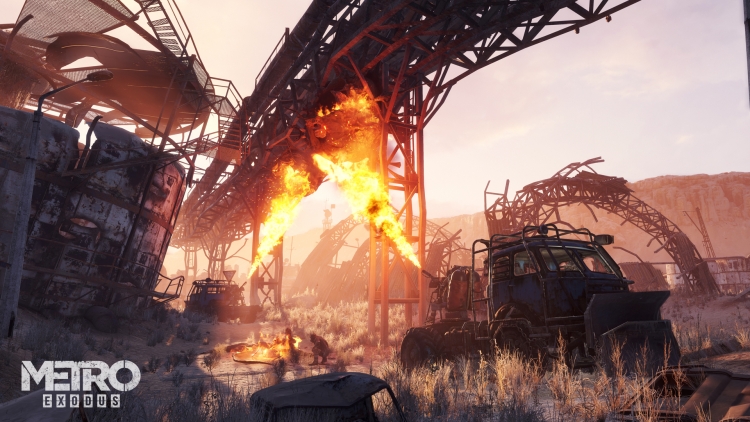 By dropping the Ultra Adjustment mode shown in the table, let's say the graph limit can be achieved with a configuration that includes the Core i9-9900K processor (it looks like the engine is multi-core optimized), RTX 2080 Ti video card and 16GB RAM. From the table, we can assume not only the use of global beam rays, but also 4K at 60 frames per second at the same time. But let's wait for the conclusions before publishing the promised for the next days individual execution profiles for RTX video cards. And remember the need for the latest update of Windows 10 RS5 (build 1809) and the current version of the drivers. 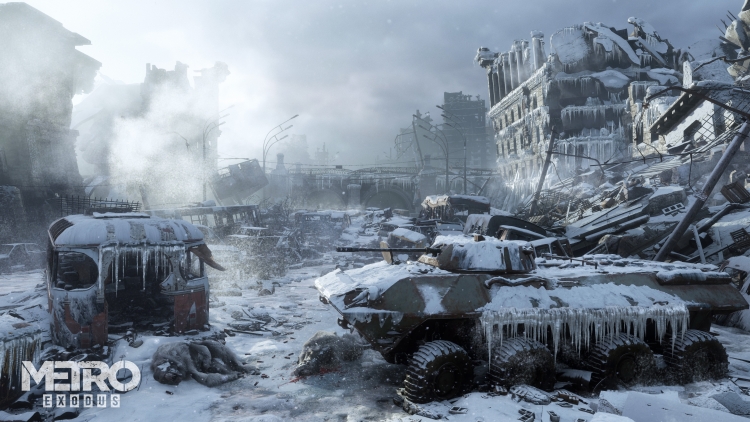 There are 3 weeks before the game is released. You can get different bonuses by placing a pre-order for each edition and version of the game.