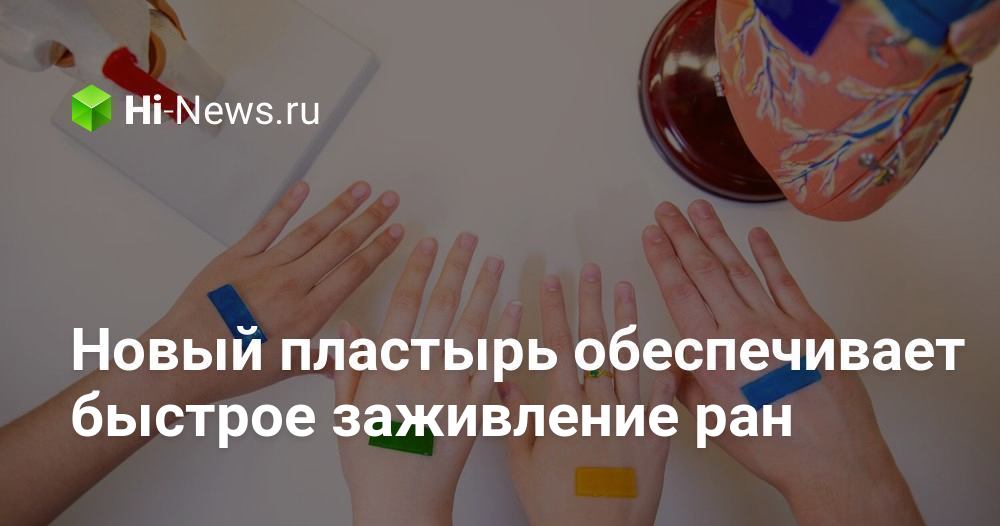 What do you do when you accidentally cut with a knife? Most likely glue the adhesive tape to the wound site, which protects the affected area from dirt and bacteria, and also tightens the edges of the wound and accelerates its healing. In addition to the usual adhesive patches, there are curable nicotine plasters that help to quit smoking as well as pepper patches to remove the pain. Why then do scientists not absorb these self-adhesive tapes with substances that accelerate the treatment of tissues? American scientists from Harvard University have done this, and now insist that even serious wounds can be treated with this plaster.

Scientists inspired children in the womb to create a new kind of patch. It is known that the wounds on their body are healing as soon as possible, and there is no trace of them at all. The skin of an adult also has the same property, but the healing of wounds happens much slower. But why?

The fact is that in the event of injury, embryonic tissues begin to actively produce protein fibers that rapidly narrow down, thus compressing the skin around the wound. In 2003, scientists found that TGF-Beta-3 proteins play a major role in this process, both in embryonic development and in tissue formation.

In the same year an experiment was conducted during which a group of people with small wounds applied a gel without adding any medication and the other – a medicine containing the above-mentioned protein. As expected, the wounds treated with the second drug had healed much faster.

Patch on the wound

The composition of the new type of TGF-beta-3 protein patch is not included – probably because the high content of this protein can cause the development of Alzheimer's disease, so people have a severely impaired memory. However, despite the lack of protein, it still quickly tightens the skin and speeds up healing. According to scientists, the patch they created consists of gels that are activated by the warmth of the human body and are held more tightly by the skin than ordinary stains. It also contains small silver particles that destroy microbes.

The effectiveness of the patches is demonstrated by the example of mice and pigs treated on their bodies being treated more quickly than conventional stains. It was also noted that the new patch did not cause inflammation, indicating its health safety. In order to formally recognize the effectiveness of the new dressing, it remains only to be tested publicly, but scientists must be authorized by the regulators.

Scientists believe that their adhesive plaster can heal not only small cuts but also serious wounds. For example, it can be used to treat ulcers that occur in diabetes mellitus and pressure wounds that occur in patients with a prolonged bed.

This is also interesting: a special patch protects the heart from the effects of a heart attack.

All this may be quite real, but before using new material in hospitals it must be carefully checked publicly. As a minimum, scientists have yet to understand how to work with plaster at low temperatures.

If you are interested in science and technology news, subscribe to our Yandex channel. There you will find materials that are not published on the site!