The 33-year-old cheese maker from Suzdal published a snapshot where he stood with a guitar in an underpass. 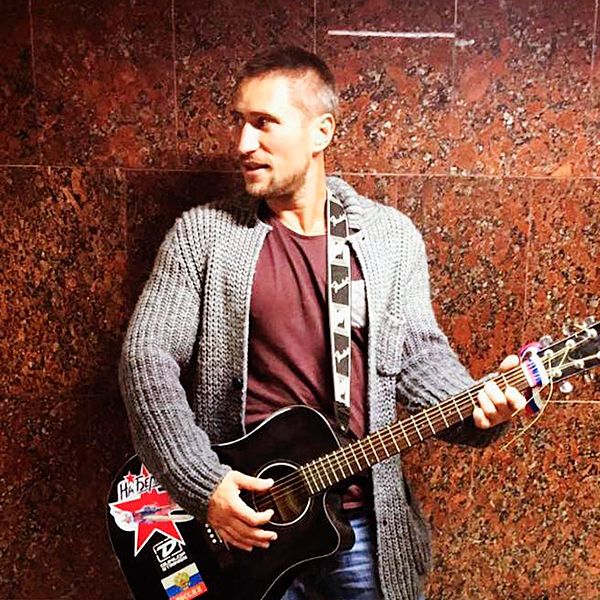 Denis Lebedev, 33-year-old cheese maker from Suzdal, from whom Olga Buzova received the nickname "Businka", left no effort to return to TV stars. The winner of the "Marriage to Buzov" event regularly uploaded a photo of Olga to Instagram, and also wrote a long post where she talked about love. "Recently met a man! Some of them said that he never said this word. Does he know what love is? I am sure that Love does not pass, even when your body has been eaten by worms … Love lives in the Soul, and it is eternal! We must hide this feeling when it is not reciprocal, or openly Love, "Lebedev wrote in his microblog (spelling and punctuation from the author is given here after this without change. Note ed.) Denis provides a publication with the "I love" hashtag, explaining to customers that his heart is still busy.

Olga Buzova, in turn, is in no hurry to turn anger into grace. The star's heart didn't even melt a fancy bouquet, with which the failed man arrived to meet him on the tour. TV presenters don't accept interest, but block annoying girlfriends on social networks. Since then, they have not met each other. Lebedev, however, will attend the Olga Buzova concert in Moscow, where the singer will present his new program "Take me". By the way, many fans are convinced that at the concert on November 18 Olga and Denis will announce that they will be together again.

In his spare time from the Buzova persecution, Denis Lebedev enjoys life as a public person: he participates in various fashion and photo shoots, acts in video clips, plans to try himself as a designer and plans to open a cheese-making online school. Lebedev fans were convinced: that day was not far away when the cheese maker announced publicly that he wanted to record a disc, mainly because he had dedicated songs to Olga. As if confirming their words, today Lebedev published a photo on microblog where he stood with a guitar in an underpass. Nearby there are cases where passersby have already entered several bills. "Get out of the comfort zone ?!" – Denis signed the picture and once again gave a publication with the hashtag "My bead".

"New haircut or old photo?" The followers wondered after seeing that there was a cheese maker in a picture without a mustache and with a different hairstyle. By the way, he reminded many Dima Bilan in this picture. "Is this some kind of training that you are going through through Denis?", "This isn't it right now !!! Durik, why are you collecting mustaches? "," Little girls carry Deniska with outstretched hands)) "," As usual, pleasant and original. ))) Need to put the paper next to Olga on the base. And you will sing love songs and serenades. If the police take, then according to the protocol, you will graduate as a partner, "they cynically commented on the picture.

Remember that last week Lebedev took part in a provocative shooting, in which he posed with his naked body. Cheese makers share the results of work done with their followers. In addition, he explodes into scolding, the essence of being reduced to the fact that you need to forgive, endure, rest and live a full life.

By the way, in an exclusive interview with Vokrug TV, Denis Lebedev told how he tried to return Olga Buzova: "I sent a voice message to Ole, I asked him to give me a sign, a sign that he needed me, we needed our relationship. Once I feel and see, I will always be there. I sent the location, spent the night in a car near his house, waited for him and loved. Olya has a crazy schedule, I also have a pretty tight schedule. I often can't give up everything and follow it to a city to a concert. Olya asked me: "Will you look for me?" I don't really understand the meaning of this phrase. I see no reason to throw someone with a prize if there is no chance for reciprocity, for example. And if there is reciprocity, then we don't have to strive for it, but prove and show our feelings when we are close. I told Ole that I was always ready to help her and, if necessary, I was ready to risk my life for her. "

Denis Lebedev continued his efforts to defeat Olga Buzova even after he refused to accept the bouquet.