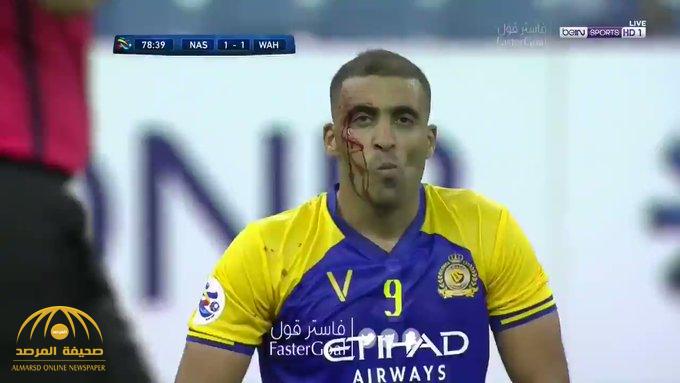 Moroccan striker Abdelrazak Hamdala, the striker of Al Nasr, received a serious injury in the match that led Al Nasr to Al Wada in the UAE in Round of 16 in the AFC Champions League on Monday.

The camera showed blood from Ryde Hamdala after he was accidentally hit by a blow from Favas Awana in the 78th minute.

The camera showed Hamdan al-Kamali's attack on Abdul Razzak Hamdala and Hamdala then fell to the ground, although the beating was not strong, though deliberate.

The match ended in a 1-1 draw when Abdul Razzak Hamdala advanced to the lead in the 17th minute with a header before Leonardo da Silva equalized in the 53rd minute.

The match between the two teams will resume on August 12 in the UAE, where victory will have to win or draw more than 1/1, while the unit will take the qualification to the quarterfinals if they win or draw.