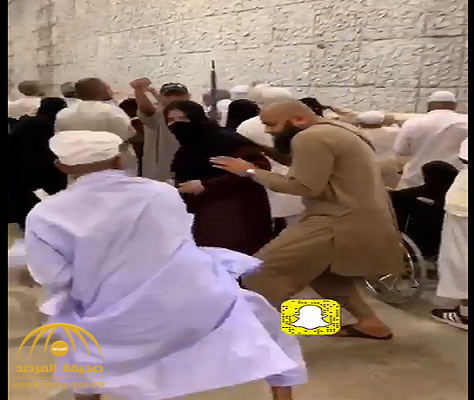 Al-Marsad Newspaper: Activists Distribute "Video" on Social Media Tarif documents the moment one of the pilgrims throws stones during rituals during their Hajj rituals.

Al-Hajj appeared in the video, dressed in blue robes that jumped from the front to the front and grew heavily during the stoning, urging fans from his colleagues to demand it calmly during the operation.

The documentary finally jokes, jokingly saying, "Welk, the devil I commanded," referring to the power and enthusiasm that Hajj Jamarat throws.