Meteorological conditions and expected temperatures in the Arab world on Thursday 1-8-2019: 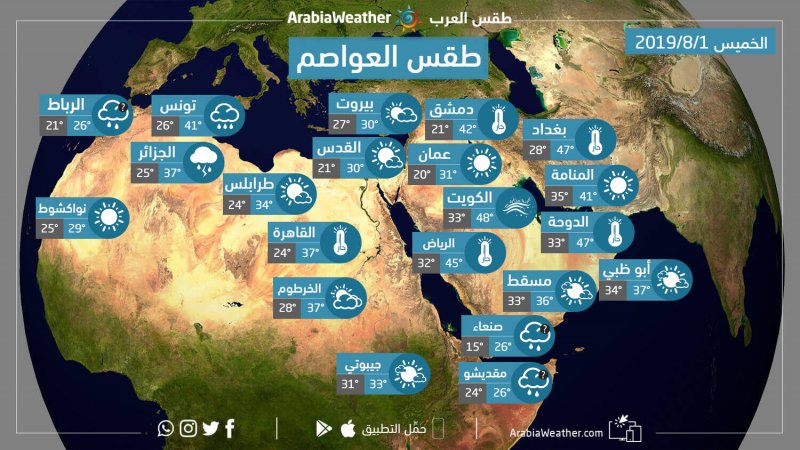