Chelsea defends Azar and Mohammed Salah in an official statement 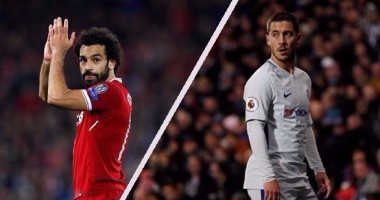 Chelsea has expressed anger over the exclusion of Belgian star Hazzard from the perfect team of the current Premiership, unveiled today by the League of Professional Players.

Chelsea issued an official statement in which he expressed his surprise that Hazard was disqualified from the current Premier League team while presenting his best season.

Chelsea said Hazzard was the most prolific player in the Premier League with 29 goals, scored 16 and 13 matches and also needed just one goal in the last three games to break a top goal in the Premiership for a season in 2016 – 2017 . He made 13 goals, more than any previous version",

Chelsea also declared its solidarity with Egypt Mohamed Salah, who was eliminated from the team despite four other Liverpool players.

Liverpool manager Jurgen Klop confirmed at a press conference today that Mohamed Salah deserves to be in the perfect team.

Liverpool fans were surprised that Mohamed Salah did not have the perfect English Premier League team this season, although he scored 19 goals for the club to share the top scorers with Manchester City Sergio Aguero and Arbanal Aubamian.