BEIJING (Reuters) – Chinese electronics giant Huawei on Monday announced its Harmony OS smartphone operating system, which can compete with Google's Apple and Apple operating systems. The Chinese company said it would initially launch the new operating system on the Chinese market before launching it globally. 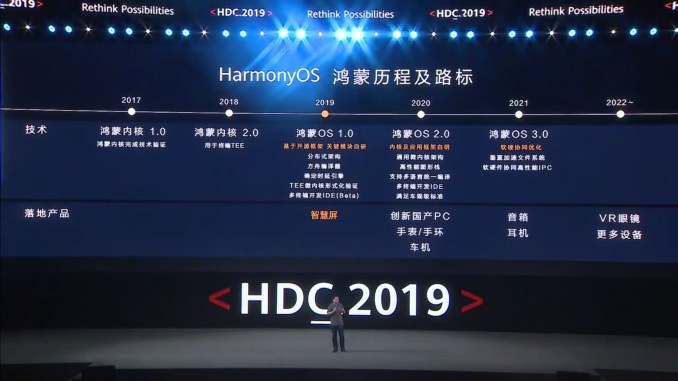 Launched at the Huawei 2019 Developer Conference in Dongguan, China, Harmony OS can be used on a variety of smart devices such as phones, headsets and even sensors. The new operating system will be open source, which will allow other device manufacturers to use it on their own devices.

The launch of the new operating system came months after the US Presidential Administration, Donald Trump, decided to blacklist the Huawei company, which imposed many restrictions on Chinese company deals by US companies before easing those restrictions and allowing US companies to ship their products to a Chinese company provided These products do not pose a threat to US national security.

The new operating system is expected to be an alternative and will reduce Huawei's dependency on Android after Google decides to stop supporting the Android operating system on Huawei devices.

Harmony OS will initially be used with Huawei products such as smartwatches, smart monitors, smartphones and automotive IT devices. These devices will be integrated between them.

Huawei said it still prioritizes its Android operating system, but is ready to switch to Harmony OS if the need arises.