"I can't sleep or eat" .. The famous Indian actress turns a man's life into a "tragedy"! • Journal of the Observatory 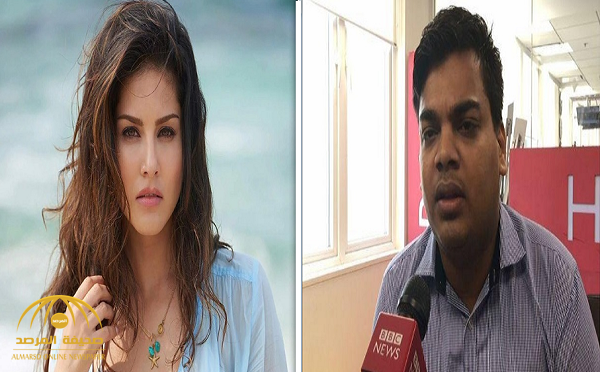 Al-Marsad Newspaper: The life of an Indian changed and he turned his head after coincidences wanted to get him to face Bollywood star Sunny Leone when I recorded his phone number (as a fake number) in one of the movies her, and the audience thought the figure belonged to her personally.
Agarwal, 26, has been stressed and frustrated with phone harassment after people saw his phone number, which Leon wrote in the movie Arjun Patiala while making the film, according to the BBC. ,
Agarwal revealed that he had received more than 100 phone calls a day since the movie's release on July 26, noting that he was no longer sleeping because of the continuous ringing of his phone until four in the morning.
He explained that a number of phone calls ended in insults and insults, as the callers believed that Agarwal was lying to them, pointing to the heavy pressure that his phone rang every two to three minutes until the end of the day.
The man not only received calls from India, but also from all over the world, where callers believed Leon's number was her personal phone number, claiming that he could no longer sleep and eat.
Agarwal failed to withstand the harassment, triggering legal actions aimed at filmmakers trying to interfere with the phone number when it aired in Lyon.