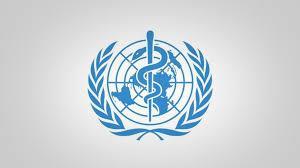 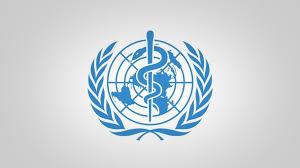 The World Health Organization of the United Nations (WHO) congratulated the successful efforts of the Kingdom of Saudi Arabia, represented by the Ministry of Health during the Hajj season in 1440, without reporting any public health or illness event to pilgrims.

In a statement, the organization expressed its sincere gratitude and deep gratitude to all the heroes and health volunteers for their dedication in providing health services to more than 2.5 million pilgrims.

This year's pilgrimage season comes at a time when many threats to global public health are emerging. The organization recently announced an Ebola epidemic, a public health emergency that requires a global response, as well as cholera, measles, polio and other infectious diseases. There are still reports from many countries whose citizens participate in the Hajj, highlighting the need for early detection and timely response to public health emergencies.

She added that this led the Ministry of Health in the Kingdom, in collaboration with the World Health Organization, to develop an instrument for an early warning system for health in order to facilitate detection and response activities. This new tool has received more than 100 alarms preceding health events. The alerts were promptly introduced and appropriate interventions were carried out, indicating that these alerts did not constitute a public health emergency.

She noted that health authorities in the Kingdom and within the Early Health Alert System publish daily updates on the situation, reflecting their strong commitment to transparency.

A team from the organization visited health centers and hospitals in Mina, Muzdalifa and Arafat and got acquainted with the work done on the spot, the statement said, noting that the on-site visit proved that the early warning system was in place and functioning well.

He explained that the organization was cooperating with health authorities in the Kingdom in assessing the availability of healthcare at Holy Places health facilities, using the standard tools of the organization, and that the results of that assessment would be useful for further enhancing services and satisfying the needs of the worshipers.

The World Health Organization (WHO) has confirmed that the Kingdom is well prepared to prevent and respond to the risks posed by human populations such as heat diseases and food poisoning. The high level of preparedness has helped to reduce the number of cases to the lowest level. This season, there are no major health issues among fans.

The WHO welcomes the high level of coordination and cooperation across all sectors of the Kingdom throughout the Hajj season, where this multilateral cooperation approach was evident in the field, noting the work of all sectors over what was dictated by it and investing all its resources and resources. made every effort to ensure that Critical Health worshipers complete their rituals, pointing out that flying medical evacuations carried out by several sectors is one of many examples.

WHO welcomes the effectiveness of public health mitigation measures taken by the UK Ministry of Health to ensure that the Hajj season is safe and secure.

WHO and the Ministry of Health called on all parties to adhere to the jointly issued health requirements and recommendations of the Hajj and to continuously monitor all public health risks associated with returning pilgrims to their countries, noting that WHO is working with all of its countries, Member States to strengthen disease surveillance systems, Enhance risk reporting by urging all pilgrims to return safely after completing their Hajj.