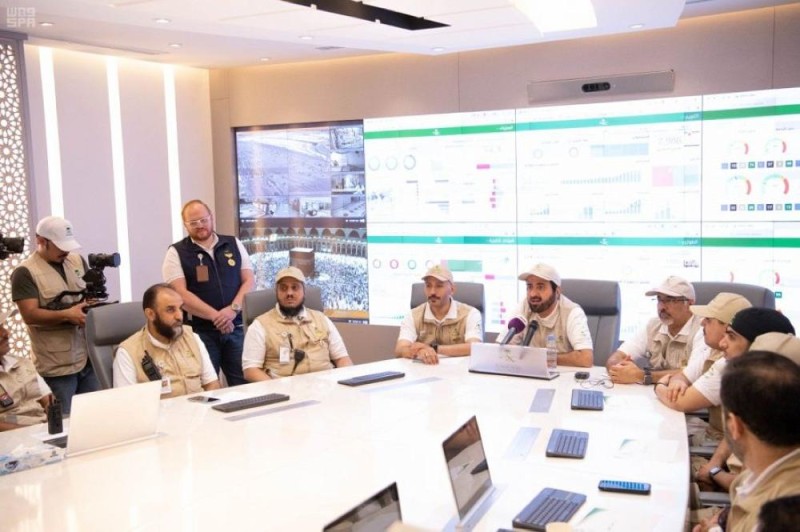 – We have implemented, in collaboration with the electronic early warning system for health events and epidemic diseases

He also praised the unlimited support from the guardian of the Two Holy Mosques, King Salman bin Abdulaziz Al-Saud, and His Majesty the Crown Prince, may God protect them, to the Ministry of Health and its staff and all sectors of the state, working in the Hajj, calling on God to accept fans and bring them back to Ghanmin safely.

He said in a closing statement to the press read today at the Emergency Hospital in Mina: In accordance with the directives of the caretaker of the two Holy Mosques and His Highness the Crown Prince, may God protect them, the Ministry of Health prepared early for the pilgrimage this year in 1440. S.

He explained that more than one million six hundred ninety thousand pilgrims are taking advantage of preventative and outpatient services at health centers provided by the ministry this year. The ministry also participates in cooperation with a number of government agencies in the Mecca Road Initiative, in which preventative measures are implemented in the country of the worshiper before coming to the Kingdom. This initiative, thanks to God, has made a qualitative leap in commitment to health requirements whereby coverage of meningitis and flu vaccines for pilots who go through this initiative up to 100% for the first time.

The Minister of Health pointed out that the Ministry had introduced a pilgrimage system earlier this year in cooperation with the World Health Organization.

He explained that the number of participants in the pilgrimage service for this year is about 30,000 employees of the Ministry of Health, the creation of 25 hospitals in Mecca and Medina and holy places with a total capacity of 5,000 beds, 142 primary care centers, in addition to over 140 mobile clinics, there are also places where pilgrims gather.

He said: The number of pilgrims who received health care at our facilities reached about half a million pilgrims from the first day of the month of Dhul-Qaeda to the twelfth day of the month of Dhul-Hija until the number of people admitted to hospitals reached over 4200 pilgrims. Open, more than 750 cardiac catheters, 600 different surgeries, 12 births and dialysis services for all who need it, emphasizing that all of these services are provided free of charge.

Dr. Arabia said that this year the ministry first launched a medical consulting technology that allows any hospital in Mina to reach consultants in remote specialties. Direct translation through the 937 call center, in addition to the implementation of an electronic medical file system at 55 primary care centers and all holy hospitals, and the activation of anonymous footprint identification technology in collaboration with the Ministry of the Interior.