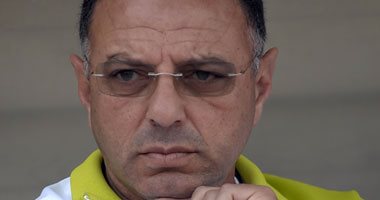 The team, led by Talaat Yousef, continued their collective training on Saturday afternoon at the subfield at the air defense stadium in preparation for the FC Stars match scheduled for next Wednesday at the 15th week of the tournament which will be held at Petrosport Stadium.

Talaat Youssef holds meetings with the players and emphasizes the importance of match stars and the need to achieve positive results and three points to compensate for the recent loss to the Pyramid team.

Talat asked his players to forget the results of the Pyramid game and return to victory to maintain a presence in the tournament's gold box, and stressed not to underestimate the team and stars in achieving good results during the new round and abilities ahead of the big teams in the league.

Talaat Yousef was very interested in overcoming the mistakes of the players in Pyramid games and skipping easy opportunities by intensifying the training dose for the team attackers, and asking them to focus on goals and exploit scoring opportunities.

The clearing team is in fourth place with 20 points.