UNICEF: Millions of children do not receive measles vaccine, resulting in outbreaks 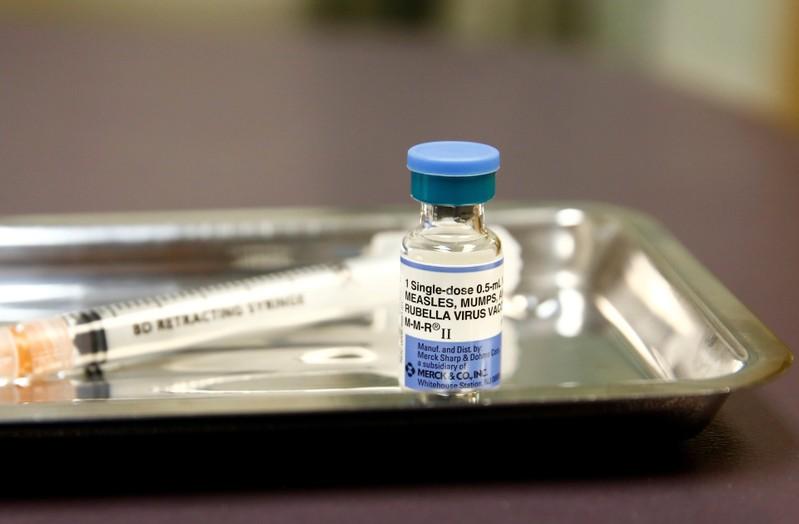 Vaccine against measles in a clinic in Washington, DC, in Reuters.

More than 20 million children are not vaccinated worldwide for measles worldwide over the last eight years, paving the way for a virus that is currently causing global outbreaks, a UN report said on Thursday.

"The measles virus will always find children who have not received the vaccine," UNICEF Executive Director Henrieta Forre said. "The fertile soil for the outbreaks of measles that we are witnessing in the world has been paved years ago."

About 169 million children did not receive the first dose of measles vaccine between 2010 and 2017, an average of 21.2 million per year, according to UNICEF.

According to the World Health Organization, increased susceptibility to measles causes measles infections to almost four times in the first quarter of 2019 compared to the same period in 2018 to 112,163 cases.

About 110,000 people, mostly children, died in 2017 from measles, an increase of 22 percent over the previous year, UNICEF said.

Measles is a highly contagious disease that can lead to death, cause blindness, deafness or brain damage. Now it spreads in hot spots in many regions of the world, including the US, Europe, the Philippines, Tunisia and Thailand.

Children should receive two doses of measles vaccine to protect themselves from infection, and the World Health Organization (WHO) says vaccination to 95 percent of the population is necessary to achieve immunity against measles.

UNICEF said the difficulty of reaching the population in some areas, poor health systems, neglect of the issue, and in some cases fear or skepticism with regard to the vaccine resulted in a global coverage of the first dose of 85% in 2017 and the second dose of 67%.

The four say that measles is a "highly contagious" disease that can not be ignored and urges health authorities to do more to fight it.