The airline Air France This summer will offer a new seasonal relationship between Marseille and Heraklion, his second trip to Crete. Recovering Virgin Atlantic as part of the joint venture Air France-KLM and Delta Air Lines received a green light from the European Commission while participating in freight operations at Heathrow in London owned by the French company will be resold on Swissport,

From 21 July to 1 September 2019, the French national airline will offer between three flights a week Marseille Provence and the airportHeraklion-Nikos Kazantzakis, operated in Airbus A320 178 seats. Departures are scheduled for Tuesday at 11:10, Thursday at 10:10 and Sunday at 7:45 (arrivals at 15:00, 14:00 and 11:35 respectively), return flights departing from Greece on Tuesday at 16:00 Thursday, 15:00 and Sunday at 12:45 (arrivals at 18:00, 17:00 and 14:45 respectively). Air France will compete with Aegean Airlines and the low price of Volotea on this route, which will be added to what launches the following summer between Paris-CDG and Heraclion (its subsidiary Transavia serves the Greek airport of Orly, Lyon). and Nantes).

As part of joint venture between Air France-KLM, Delta Air Lines and Virgin AtlantiLast May, the European Commission approved the proposed acquisition of joint control of Virgin Atlantic by the French-Dutch group, the US company and the Virgin Group. The decision concerns the proposed acquisition by Air France-KLM of a joint controlling stake of 31% at Virgin Atlantic Limited, which will lead to the acquisition of joint control of the British company. The Commission concluded that there was no operation there is no problem with competition within the European Economic Area. Its press release states that it has explored the impact of the " (i) the passenger air transport market, (ii) the freight transport market and (iii) the market for maintenance, repair and overhaul services ".

In regard to passenger transportthe operation leads to overlapping of direct / indirect flights (one of the companies providing a direct flight from one city to another and the other providing the same connection, a flight involving stopping) and indirect / indirect flights (companies offering flights involving stopping between two cities). This includes links from the United Kingdom to North America, Africa, Asia and the Caribbean, and from Continental Europe / Ireland to North America.

The Commission also examined whether cumulative slots airlines at airports with overlapping portfolios (ie London-Heathrow and Manchester airports) would prevent the entry of new competitors or the development of existing competitors. Controlling the large niche portfolios in saturated airports could lead to higher barriers to entry for airlines wishing to work there, which could lead to higher passenger prices.

The European Commission 's investigation also concluded that, with regard to the commoditythe transaction should not create competition concerns, in particular because Air France-KLM, Delta and Virgin Atlantic are not close competitors and continue to face fierce competition in terms of transmission lines. affected goods (eg from Lufthansa or Cargolux). Finally, in the case of TAB services, the transaction does not raise competition concerns because of its limited impact on this market.

The Commission therefore came to the conclusion that the proposed transaction would not raise competition concerns in any of the relevant markets and did not allow unconditionally ". 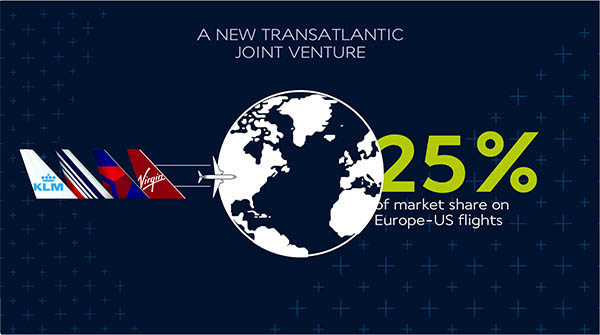 We will finally remember the message from Swissport purchase of 50% owned by. t Heathrow Cargo Handling Ltd. (HCH) with whom she has formed a cargo handling joint venture at London Airport. Swissport will continue this cargo handling in one of the busiest air cargo hubs in Europe. The HCH Joint Undertaking provides first-class freight services to the leading airlines in the world since 1995.

" We are very excited to be able to strategically complete our cargo business with this selective purchase Luisus Wirth, Executive Vice President of Swissport for Europe, the Middle East and Africa, says in a statement; " After more than 20 years of successful operation, Swissport has the right, in cooperation with Air France, to develop and improve the services offered at Heathrow Airport in London. "The acquisition of HCH enables Swissport to further invest in its air freight operations and service opportunities at Heathrow Airport where it manages two warehouses with a total area of ​​about 15,300 square meters Last year the HCH joint venture, processed more than 150,000 tonnes of air cargo, which is 7% more than 2017. The acquisition of shares of HCH by Swissport is subject to approval by the Autorité de la concurrence et des marchés and is expected to take action during the first half of 2019 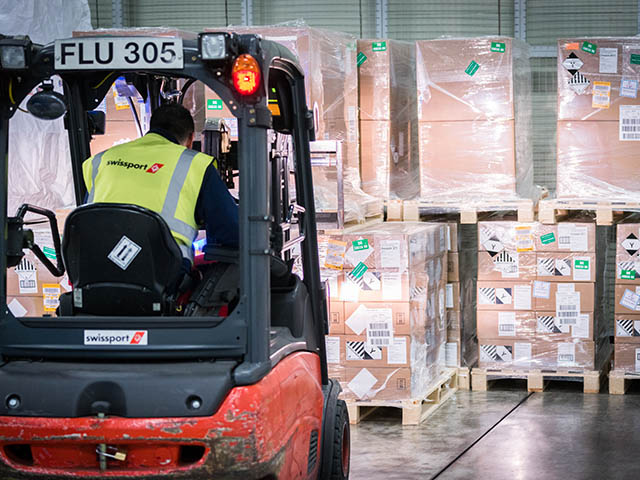